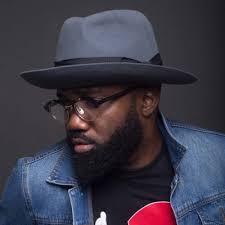 Celebrity blogger and fashion enthusiast, Noble Igwe, has confirmed the birth of his baby girl.

Noble on Saturday, April 8, 2017, was a guest at Miss Vimbai’s “Celebrating Milestones with Miss Vimbai” where he made the revelation.

Noble who got married to Chioma Otisi back in June last year said he welcomed a little girl called Jasmine in January this year.

According to him, “My wife and I welcomed a little girl called Jasmine in January.”

Noble Igwe and Chioma Otisi’s marriage reached the one year mark on March 28 2017.

Recall that the couple had one of the literally flyest weddings of year 2016 and now it’s been a whole year since that glamorous occasion which even made it to our list of the best weddings of the year.

Posting a picture of Chioma in a dazzling olive-green dress, he wrote “It’s Our Anniversary.

Ending the caption with a flourish, he wrote “I love you like I love Large Size IMAX popcorn.”

I Was Convinced I Could Stop Chelsea – Jose Mourinho

Is D’Prince Dissing D’banj In His New Single Titled — Oga...