The GIH said to close the spending gap, annual infrastructure spending needs to rise to 3.5 percent from 3 percent of global gross domestic product.

The report details how much each country needs to spend on infrastructure to 2040, which sectors need it the most and how they far they are from meeting these needs based on current spending trends.

“We believe this information will be key to governments, and indeed those organisations that fund, plan and build infrastructure projects into the future and providing sustainable cities with social and economic benefits for all,” GIH Chief Executive Chris Heathcote said.

The GIH, set up by the G20 in 2014, aims to help to increase opportunities for public and private investment in infrastructure around the world.

It is funded by governments including Britain, Australia, China, Korea and Singapore.

Every year, 3.7 trillion dollars needs to be invested in infrastructure to meet demand, equivalent to the annual economic output of Germany, the world’s fourth largest economy.

The GIH said to meet UN Sustainable Development Goals, which aim to ensure universal access to drinking water and electricity by 2030, investment needs to increase to 3.7 per cent of global GDP between now and 2030.

The GIH said investment is needed to support global economic growth and fill gaps in infrastructure in both developed and developing countries.

The United States will have the largest gap in infrastructure spending, at 3.8 trillion dollars, while

China will have the greatest demand, at 28 trillion dollars, representing 30 percent of global infrastructure investment needs.

The report, which includes a deep study of 50 countries and seven industry sectors, was written by Australia-based GIH and Oxford Economics.

“(It) is a comprehensive and detailed analysis of infrastructure investment need.

“It gives the new country and sector spending data that governments and funding organisations have been calling for,” Heathcote said.

Underpinning the need for increased spend is an expected rise in the global population by two billion people by 2040 and 46 per cent increase in the urban population, driven by Asia, which needs 52 trillion dollats in investment by 2040 to meet that demand. (Reuters/NAN) 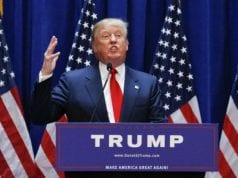 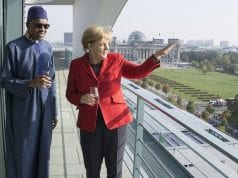 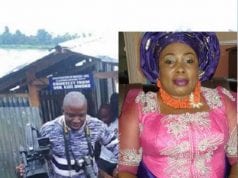 I Can Speak English – Jason Momoa

We Had A Good Plan Against Chelsea – David Moyes