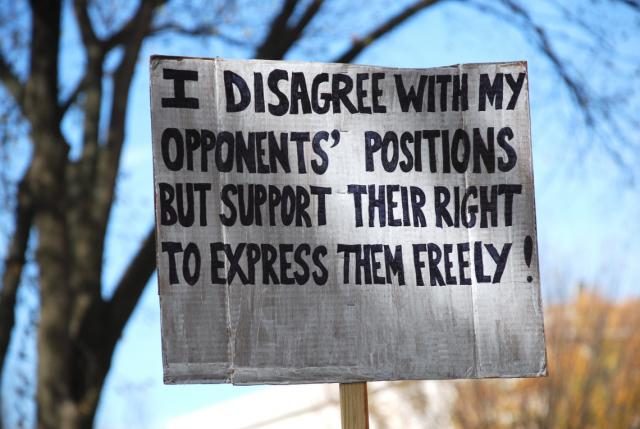 The Middle-Belt Youth Council has express their dissatisfaction with the level of hate filled speeches dish out by some misguided groups of people in the country.

In a press release read by the President of the council, Emma Zopmal, at the plateau state chapter of the Nigeria Union Of Journalist (NUJ) secretariat in Jos, the council raised a number of national issues.

PRESS RELEASE BY NATIONAL LEADERSHIP OF MIDDLE BELT YOUTH COUNCIL ON 25th AUGUST, 2017 AT THE SECRETARIAT OF THE NIGERIAN UNION OF JOURNALIST, JOS.

Our fellow citizens of the Federal Republic of Nigeria, gentle men of the press, fellow compatriots in the struggle of Middle Belt. We welcome President Mohammadu Buhari to the country from his medical vacation. We pray God to grant him speedy recovery.
Having listened to all voices of people across the country, we have decided to speak up at this point in time.

We, at the Middle Belt region, comprising more than 400 ethnic nationalities want to our dissatisfaction with the level of hate-filled speeches by some misguided groups of people or even government. Every part of the country or group of people has the right to demand for what will protect the interest of its people. This trend of sad development came as a result of government’s failure to address some fundamental socio-economic, geographical and political issues challenging our common existence as a nation.

Firstly, the Nigerian government has been so insensitive to the security threats of our people over the years. Ever since the killings of our people started by Fulani herdsmen, Federal Government of Nigeria has never set up a special security committee, to find a way of addressing this existential threat. It only focuses its attention on oil and gas revenue bases in the South and fulfils the political demands of the Arewas at all times. In this regard, the government has shown high level of discrimination against the Middle Belt people and also pretends nothing is happening here. We wish to remind our good friends from the South that they should remain focused on the fight for restructuring other than any cosmetic surgery to our national problem. We urge the Federal Government to immediately set up a Special Expert Security Committee including our communities and the Middle Belt Youth Council to put an end to this menace if it really means tackling it.

The Middle Belt region people will not take a step back on restructuring and will immediately usher in demand for referendum if the restructuring fails. We know that the Arewas are comfortable with the present system because it benefits them more than any part of Nigeria, therefore, they remain an obstacle to it instead of finding a common ground to find a lasting solution to this national problem. Their position has always been, We Say No to this and that in every national discourse. This is not in anyway solving problems but making it worse. We want to inform His Excellency, President Mohammadu Buhari that restructuring is not a decision of the Council of State nor the National Assembly but it is a people’s decision. The whole of the South, Middle Belt, and some progressive Far Northerners are fully in support of it. It will even be a credit to Mr President and APC’s government if they allow it happen or else it will happen in spite of them.

Similarly, we notice that of recent, Amb. Yahaya Kwande made an unruly statement on Middle Belt which to the best of our knowledge and the country at large, we know that the Middle Belt is more than what he thinks. Possibly he was at Jupiter when Pastor David Lot, Joseph Sarwan Tarka, Gen. TY Danjuma, Air Commodore Dan Suleiman down to Solomon Daushep Lar of blessed memories of the deceased three, stood up for the interest of our people who have been oppressed and marginalised by the north in which he has been a partaker in the process. We want to assure him that Middle Belt exists differently from the north and there’s nothing like monolithic North. We have lost him and elder Paul Unongo to the Arewas and they can never represent Middle Belt anywhere. They have lost the script long ago and therefore they are not relevant in the Middle Belt not even among the Arewas. While they continue been the mere “winning tool”, we want to assure them that the “tool” cannot work on our generation.

Given the waves of agitations all over the country, we urge the Federal Government to douse these tensions through dialogue not by using its might on dissenting voices like the IPOB and any other group. Dialogue should be the only way out. Dialogue does not mean cowardice or submitting its Sovereign powers but a way of engaging aggrieved parties with the system who have lost confidence and trust in it. Today maybe IPOB, tomorrow maybe another group worst than that.

We also call on the Senior Special Adviser to the President, Garba Shehu, to immediately withdraw his

statement on rodents taking over the Office of the President of the Federal Republic of Nigeria. We’re not in a zoo that animals can live in the State House. This comment has brought national and international shame and embarrassment to our country.

Finally, we are aware that the 1999 Constitution tactically prohibits negotiating the unity of this country, but, having seen what and how this country is over the years, we want to state here that Nigeria has now finally come to the brink of renegotiation. It’s better we define our terms of existence in unity by national consensus than imposition which will only degenerate into serious national problems.

2013’s top stories from around the world [VIDEO]

Etcetera – “Nigerians Are Puppets In The Hands Of Politicians”