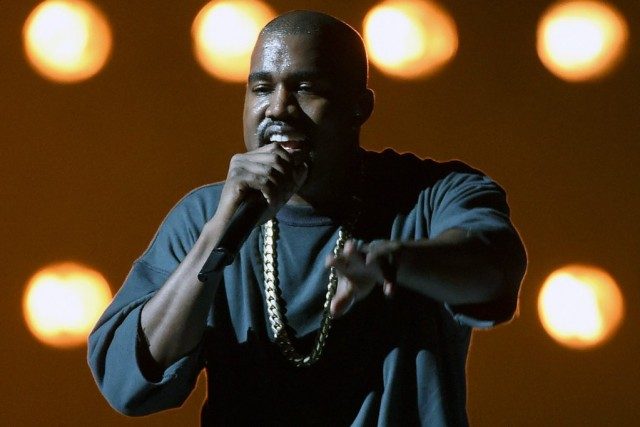 Kanye West was recently spotted wearing a brand new, “Frozen Yellow” version the Adidas Yeezy Boost 350 sneaker. (We also noted that West was showing off the kicks by sporting a rather odd cuff on his jeans.)

But a brand new Yeezy silhouette—dubbed the Yeezy Waverunner 700—was just dropped in a surprise release on the official Yeezy website, Yeezy Supply. The kicks retail for $300 and were released alongside a grip of new Calabasas merch, including hoodies, shorts, sweatpants and hats. (The yellow products are in fact dubbed “Frozen Yellow,” confirming the colorway name that previously was just a rumor.)

No release information was given before they appeared on Yeezy Supply, but West had been spotted wearing the kicks in the lead up to his Yeezy Season 5 show back in February. (The kicks also appeared on the runway for that show.) The shoes are a radical departure design-wise from Yeezy Boost 350s and 750s, in that they’re a chunky running style that’s in line with the trend of similar styles from brands like Balenciaga, Dior Homme, Lanvin and more. Where the shoes differentiate themselves from those kicks is three-fold. One, the Yeezy Waverunner 700 is less than half the price of Balenciaga’s version. Two, the Waverunners have Adidas Boost technology in the sole, which stands a chance to make them the most comfortable ugly kicks on the market. (Watch out, Nike Monarchs.) And three, the Waverunners benefit from having Kanye West’s design touch, which only stands to make them more popular and harder to get (a few sizes have already sold out on Yeezy Supply).

READ  Kendall Jenner Dazzles On The Cover Of Graze Magazine

That’s the good news. The bad news is that the shoes won’t ship until November 1, though if you’re looking for a way to get your holiday shopping done early for the sneakerhead in your life, now’s your chance.

In My Dreams We Can Win 14 Games – Klopp