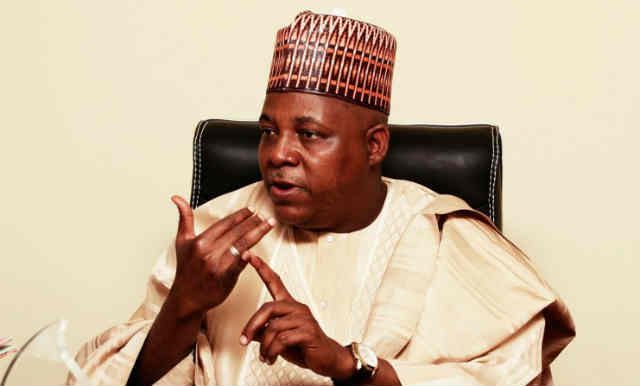 The Save Ijaw Nation Group has said the Governor of Borno State, Kashim Shettima lacks the mental capacity to criticise former President Goodluck Jonathan on any matter whatsoever.

Mr. Shettima recently said “Jonathan’s fairytale rise to power, his sheer display of bad governance, lack of political sagacity and willpower, he squandered the array of goodwill he commanded and subsequently got humiliated out of office”.

However, the group in a statment said, “Shettima should be behind bars for his complicity in the kidnapping of the Chinok school girls in 2014.”

The group said: “It is laughable that a Governor who has nothing to show for his 8 years in power can open his mouth and publicly denigrate the person of President Goodluck Jonathan, who many regard as the ‘hero of democracy’.

“If Shettima had half a brain he would have known that Jonathan’s ascendancy to power is a product of hardwork, competence and consistency, and a sheer display of brilliance in governance, something Shettima will never understand or have.

“Was it not Shettima as the Chief Security Officer of Borno State who refused to heed security warnings not to allow the WAEC exams hold in Chibok but to provide buses to convey the students to Maiduguri the state capital? Was it not that brazen display of bad governance that led to the kidnapping of the Chibok girls?

“Shettima represents the kind of leader no state should ever have. A governor under whose educational policy senior secondary school students could hardly utter a sentence in English. Shettima is a sorry excuse for a governor one that should never have befallen the good people of Borno state.

“We the Save Ijaw Nation Group urge Shettima to publicly apologise to the people Borno state to garner some goodwill as dhis tenure winds up rather than slander Jonathan whose goodwill still speaks for him 2 years after leaving office.”

Senator Dino Melaye Set To Be Recalled By His Constituents?

Messi Will Play For Barcelona Till 2024 – Josep Maria Bartomeu