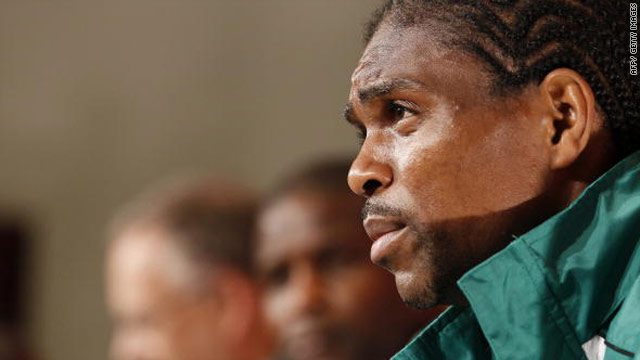 The crisis battling the Kanus might just have gotten deeper as Kanu Nwankwo and his wife have unfollowed each other on Instagram.

This new development might be as a result of the feud between Kanu’s younger brother, Ogbonna and his wife Amara.

It would be recalled that Amara had blasted Ogbonna for allegedly taking the football tickets meant for her son. Ogbonna had posted the photos of a Leeds football game tickets which triggered Amara.

She claimed he has continued to ruin her family affairs Amara who couldn’t hold anymore called out Ogbonna claiming that the tickets were meant for her sons, referring to him as ‘borrow pose’.

“You are a coward and liar. That’s my sons ticket. He was supposed to follow his dad to the Leeds game today but no. You have never allowed Kanu to be in peace with his family. You tried that with me all these years thinking I will die and now you want to come near my children. You can’t. You won’t. Oloshi oloriburuku.

Borrow pose. @ogbobekee1, don’t mess with my children’s things or their dad,” she wrote.

As the tension continued to brew, Ogbonna deleted the post from his Instagram page. Looks like this would not be the end of this feud as the crisis continues to deepen.