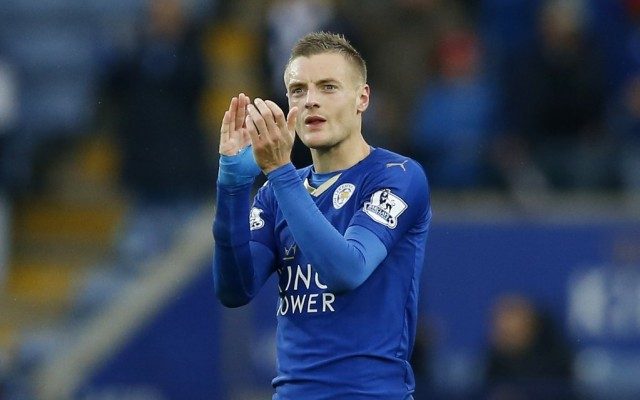 Jamie Vardy has criticised the way VAR has been implemented, after England were denied victory in their friendly against Italy on Tuesday when a penalty was given on review.

“I think that’s the worst thing about it, for the fans too,” said Vardy. “You don’t know what’s going on, and you’re just standing there waiting.

“They use it in other sports when they can put it on the big screen so everyone can see what the video ref is looking at.

“It’s still down to the referees to get the right decision in the first place. There’s pressure on them as well — they don’t want to be going to VAR every time.

Vardy believes that the stop-start nature of any game featuring VAR spoils the enjoyment of it, pointing to an FA Cup game earlier this season when Kelechi Iheanacho scored for Leicester against Fleetwood, was initially flagged offside but that decision was eventually corrected.

“Kelechi scored, it went to VAR and he didn’t have a chance to celebrate with his teammates,” Vardy said.

“I think we’ve been given as much instruction as we can. It’s just one of those things we have to deal with. Other countries have more experience with it in their leagues — if it’s worked for them, so why not for us.”

“Me and Raheem spoke before the game [about how we were going to play],” Vardy said. “He likes to drop in, and it gives us the opportunity to stretch their defence even more. It creates pockets of space for Raheem and obviously Jesse [Lingard] on the other side.”

The Transfer Market Is Always Boring For Me – Sarri

Klopp Stand Between Sevilla And Treble