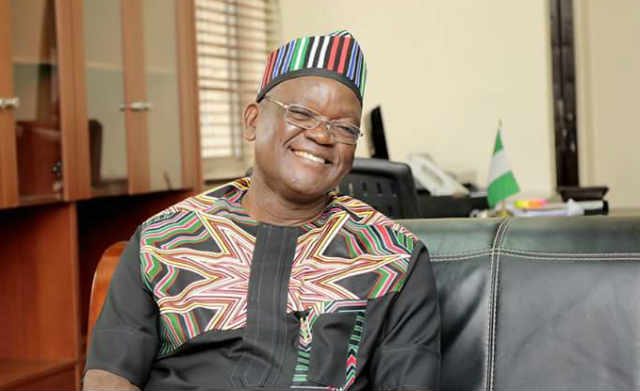 Governor Samuel Ortom has urged residents of Benue state not to take laws into their hands.

He made the statement following the incessant killings in the state allegedly by Fulani herdsmen.

According to reports, Ortom said that the security agencies should be allowed to do their jobs.
Ortom also called on the Benue people not to attack innocent people adding that ‘Benue will not see these enemies again’.

“We have indigenes of Benue all over Nigeria. Don’t make them become subjects of intimidation. Let us not do anything that will aggravate our problem.”

“We have done well and people are talking about our ranching law as the right way to go. Don’t ever attempt taking any innocent lives anywhere. If you are caught, you will be punished.

“You don’t need to go after anyone. Allow the security men who are trained to do so do their job. Don’t go after innocent lives who know nothing about what is going on in Benue. It’s a matter of time, Benue will not see these enemies again,” he added.

Pep Guardiola Did Not Even Greet Zlatan When He Played Under...

I’ve Had The Best Memories Of My Career In Las Vegas...