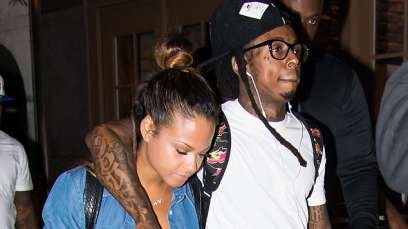 After going back and forth with Cash Money Records and Birdman for quite some time, Lil Wayne finally reached a settlement in his lengthy legal battle to free himself from the label. The legal dispute held back the release of Tha Carter V for years, with the record originally due for release in 2013 at one point in time.

During a show at the Story nightclub in Miami over the weekend, Weezy gave us another update on the status of the record.

“Just to let y’all know I had a meeting today, it wasn’t a long meeting,” he teased the audience. “Just so y’all know the meeting was about the release date of Tha Carter fucking V.” While he didn’t give away much more information about its forthcoming release, it does indicate that we should be hearing Tha Carter V before the end of the year. Finally.

Now that Tunechi is free from Cash Money Records, he’s expected to drop Carter V through Young Money and Universal Music. When the news broke that a settlement between Wayne and Birdman had been reached, his attorney Ron Sweeney revealed, “Per our settlement agreement, the matter has been amicably resolved to the satisfaction of all parties. In terms of particulars, we’re prohibited legally from saying anything further. I can say that my client is happy.”

The settlement figure has not been revealed, but initial reports indicated that it could have been something close to $10 million.

Move over Kim, Beyonce is queen of Internet in US

UPDATE: New Turtle Beach Xbox One Headsets Will Be in Stores...

Half Of Naval Ships Are Already Grounded, Says Navy Chief |...