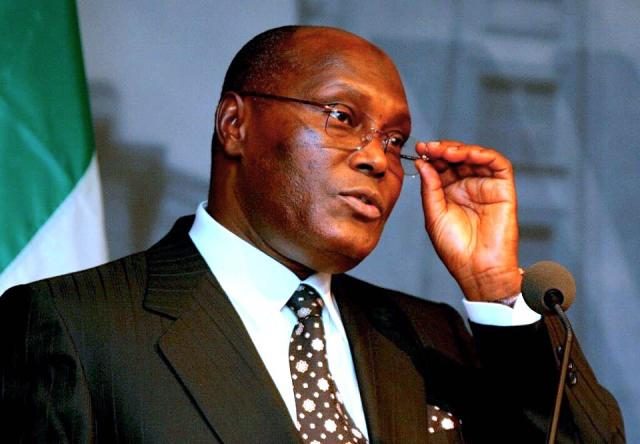 Atiku Abubakar has slammed President Muhammadu Buhari over his decision to personally fund the medical treatment of a visually-impaired member of the National Youth Service Corps (NYSC).

Even though Atiku praised the president’s decision to help Ahmed, he said he wouldn’t have had to if he had invested the nation’s health sector instead.

Taking to his Twitter account (@atiku) on Thursday, August 23, the former vice president said Buhari should have spent the medical bills he used in medical trips abroad to improve Nigeria’s healthcare.

He posted, “I commend @NGRPresident @MBuhari for paying medical bills of a blind corps member 5 months to the 2019 election, but I remind him that if he had invested the public funds he spends on his London medicals on public healthcare, he wouldn’t need to do this.”

President Buhari has been constantly criticised for his numerous trips abroad as he’s been to London several times to treat an undisclosed illness. With the president seeking re-election in the 2019 presidential election, the state of his health is expected to constantly come under question.

Restriction Of Movement May be Extended To 8p.m. In Lagos —...

Fayose Has A Disease Of The Mind – APC

Eric Bailly Will Be Back Next Week — Mourinho