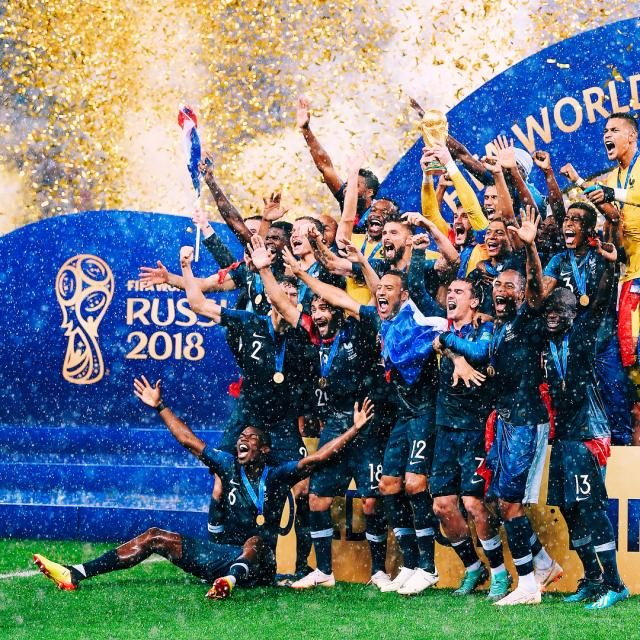 France beat the Netherlands 2-1 in the Nations League on Sunday night and then proceeded to turn the postmatch into one giant celebration of their World Cup triumph.

Playing at home for the first time since, Les Bleus staged a mass party at the Stade de France as the squad and fans caroused en masse.

Of course, we were also treated to the now-obligatory Icelandic thunderclap in the terraces.

Then came a wonderful moment as the entire Stade de France joined together once again to serenade a suitably bashful N’Golo Kante with his own song.

Kante was then hoisted into the air by Benjamin Mendy before reluctantly parading the World Cup in front of his adoring public at the behest of his teammates.

For the record, a goal apiece from Kylian Mbappe and Olivier Giroud was enough for France to secure the first victory of their Nations League campaign after opening with a goalless draw against Germany on Friday evening.