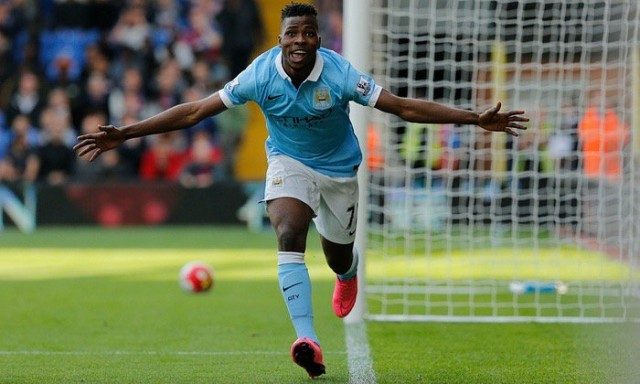 Kelechi Iheanacho was totally unplayable at the start of his international career, and at one stage looked well course to threaten the Nigeria goalscoring record.

He buttressed his push for national honours with a return of eight goals in 14 games, averaging 0.57 goals per game.

However, the goals have dried up for Iheanacho since netting in an international friendly victory against Argentina in Krasnodar.

He’s yet to score in 2018, and his barren run stretches eight games and 363 minutes of football, with five starts in that period.

Despite impressing in patches against Seychelles at the weekend, he was unsuccessful in his bid to end his longest international goal drought.

However, the absences of Odion Ighalo and Ahmed Musa from the Liberia friendly presents Iheanacho with a chance to be the major source of goals, an opportunity he should gladly grab with both hands.

Failure to impress in Monrovia might lead to question marks about his continued relevance in the team, as Gernot Rohr cannot persist indefinitely with the player, regardless of his natural talent.

Henry Onyekuru’s international struggle is proving to be a difficult mystery to solve, and a possible start and five-star performance against Liberia would be the perfect way to make a massive statement of intent.

The 21-year-old Galatasaray forward has consistently found the back of the net for his clubs in the last three seasons, but Rohr appears to be unconvinced by the player’s abilities.

READ  Mariappa Is Proof That Coronavirus Affects Everyone Differently - Pearson

Onyekuru, despite emerging as joint-top goalscorer in the Jupiler League, only earned his first international call-up at the end of the 2016/17 season after being elevated from the stand-by list due to the withdrawal of Olarenwaju Kayode.

As if to justify his initial reluctance to call-up Onyekuru , Rohr has handed the player less than an hour of football – Togo (32 minutes), Algeria (19 minutes), and Seychelles (five minutes) — in his thee games, totalling a miserly 57 minutes for the exciting forward since his debut 15 months ago.

Onyekuru was expected to play a big role against Seychelles, at least factoring his blistering start to the season, and the absence of a number of direct competitors from the squad.

However, Rohr yet again overlooked Onyekuru, rather settling for Samuel Kalu, a player who was only linking up for the first time with the national time.

He should make a good case for himself to the seemingly unconvinced Rohr if as expected he makes the line-up, and impresses with his all-round contribution and attitude.

I’ve Made Amends With Costa – Gabriel

Justice Dahiru Musdapher’s Life Was An Example In Commitment To Legal...

I Have N300m In My Zenith Bank Account – Fayose