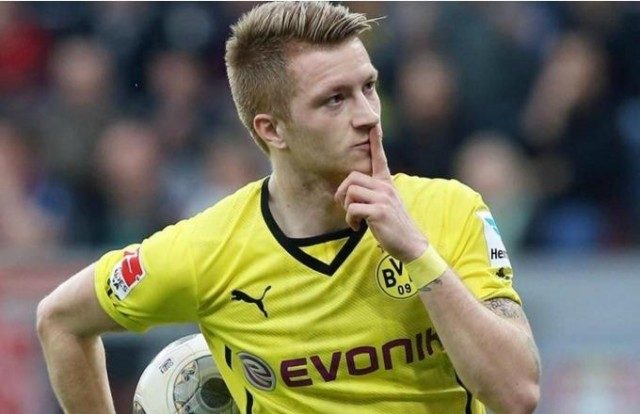 Borussia Dortmund’s blistering start to the season under manager Lucien Favre gathered momentum as the Bundesliga leaders consigned ailing Monaco to a 3-0 defeat in the Champions League on Wednesday.

Jacob Bruun Larsen, brought on at the break after a mediocre first half from Favre’s unbeaten high-flyers, broke the deadlock within six minutes before strikes from Paco Alcacer and captain Marco Reus heaped more misery on Monaco.

Dortmund’s storming second-half display kept them at the top of Group A alongside Atletico Madrid, with both sides on a maximum six points, but for Monaco, who have not won any of their last nine matches, it was another low point in a poor season.

They are stuck pointless at the foot of the group alongside Club Brugge, who lost 3-1 at Atletico on Wednesday.

Larsen’s finish after being picked out by a superb through ball from Jadon Sancho enabled Dortmund to relax and take control after a misfiring first 45 minutes.

Alcacer hit the bar with his 69th-minute penalty after Reus had been brought down by Kamil Glik, but he soon made amends by rounding substitute keeper Danijel Subasic to score Dortmund’s second.

Reus completed the comfortable win by scoring from a narrow angle in stoppage time as Dortmund celebrated a ninth match unbeaten under Favre.

Monaco started more brightly than Dortmund and came closest to breaking the deadlock when a 30-metre shot from Youri Tielemans forced an acrobatic stop from Roman Burki.

Alcacer curled a left-footer just wide for Dortmund, and Marius Wolf brought a save from Diego Benaglio, who had to hobble off before the break due to injury.

READ  I'm Open To A Return To England - Mikel Obi

Subasic came on for his first match since Croatia’s World Cup final appearance after an injury layoff, but his return proved a tough one as Monaco made it 10 matches without a Champions League win.

Will Arsene Wenger Turn Things Around?