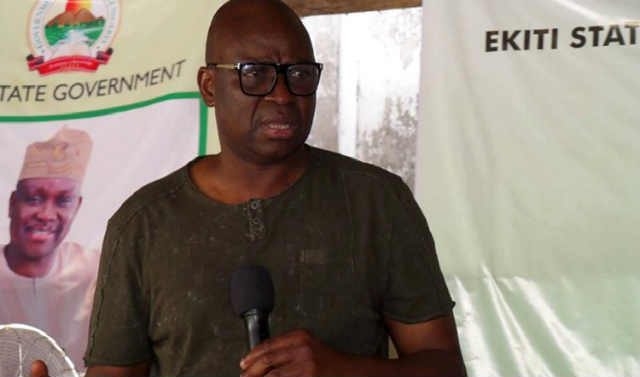 Reports have it that Fayose claimed that about 90 percent of Nigerians are planning to vote for the PDP presidential candidate.

He said the opposition party, APC, cannot go out to campaign because the party has not recorded any good project for the nation in the last three years of its ruling.

He said: “There is difference between democracy and military rule. Our candidate, a former Vice-President, is a product of democracy. He has what it takes to lead Nigeria. APC is left with rigging and vote-buying but we will not allow that to happen.”

Segun Dipe, the spokesperson of Ekiti state governor, Kayode Fayemi, said the former governor of the state, Ayo Fayose, ruled with impunity and acted as if there was no end to his tenure.

Dipe made this statement after Fayose was allegedly booed at the Emmanuel Cathedral Church, Ado Ekiti during the wedding ceremony of the daughter of Ewi of Ado Ekiti, Oba Rufus Adejugbe on Saturday, December 15.

We Have Linked Another Property To Ike Ekweremadu – EFCC

Invading The Courtroom To Re-Arrest Sowore Is An Attack On The...