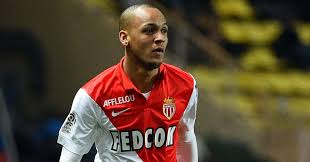 Jurgen Klopp said Liverpool’s display in Sunday’s 3-1 victory over rivals Manchester United was one of the best performances of his Anfield reign.

Liverpool returned to the top of the Premier League after second-half substitute Xherdan Shaqiri scored twice within the space of seven minutes.

Liverpool had taken the lead in the 25th minute through Sadio Mane but were pegged back when an error from Alisson allowed Jesse Lingard to equalise.

“It was a brilliant start, one of the best performances we had since I’ve been in Liverpool,” Klopp, who took charge of the club in October 2015, told a post-match news conference.

“For the first half hour we were outstanding, scored only one, but I don’t think anyone expects four or five against this United team.

“How we played was just perfect. We passed into the right areas and played in behind the lines.

“Then for half an hour we lost the momentum of the game a bit, they scored, it was more open and I had no problem with the half-time whistle to be honest. Not because United were demanding the game, but because it was more open.

“We got our dominance back step-by-step and Shaq closed the game. That was unbelievably nice, and deserved.

“You need a bit of luck and both goals were deflected but you need that. The first goal — what a goal. A super pass and a super control and finish. Nearly a perfect night.”

While Shaqiri proved to be the match-winner, Fabinho, another one of Liverpool’s summer signings, was hugely influential against Jose Mourinho’s side.

“He was outstanding. Absolutely outstanding,” Klopp said. “But I don’t like these questions, the thing I don’t hear is that it says something about other players as well. I know you don’t mean it like this.

“On Tuesday we played against Napoli, one of the best games of the season, an outstandingly strong opponent, we played with Milner, Henderson and Wijnaldum in midfield.

“That’s what I said. It’s the heart and soul of the game we need. And as long as we can make these changes, we will make these changes. That’s how it is. They have fresh legs and are fresh in the mind. Always they go for it.

Neymar Is On Messi’s Level – Ronaldinho

Juventus Is A Great Club – Ronaldo