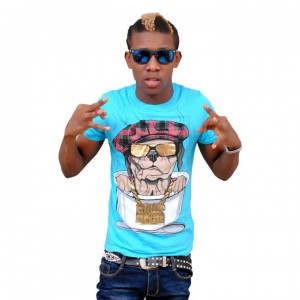 Small Doctor has regained freedom after spending almost 24hours in police custody over unlawful possession of firearms and threatening violence.

Reports have it that Small Doctor was freed by an Ebute Meta Magistrates’ Court after he was charged to court by the Police led by Lagos state Commissioner of Police, Edgal Imohimi.

It was reported further that the popular singer, who was born Adekunle Temitope, was freed with a warning not to be involved in any violent act for the next one year.

On Tuesday, December 4, 2018, the police arraigned Small Doctor for unlawful possession of firearms.

The State Criminal Investigation and Intelligence Department, Yaba had arraigned the music star at the Ebute Metta Magistrate court along with the other occupants in his car.

Small Doctor had earlier been paraded with his gang by the Lagos State Police Command on Monday, December 3, 2018.

The music star was arrested for allegedly threatening a police officer with a gun.

The police on Monday in Lagos said they had arrested Small Doctor, and three others for alleged unlawful possession of fireman.

The police on Monday in Lagos said they had arrested Small Doctor, and three others for alleged unlawful possession of fireman.

The Commissioner of Police in Lagos State, Edgal Imohimi, told newsmen that the suspects were arrested after threatening to shoot policemen controlling the traffic at the ever-busy Oshodi area of Lagos.

Edgal said that he was disappointed with the musician’s conduct because he had a case with the State CID, Panti for shooting a gun at his Agege show where he injured four persons.

Neymar Was Quite Wound Up – Andre-Frank Zambo

I Will Stop Importation Of Basic Items – Buhari