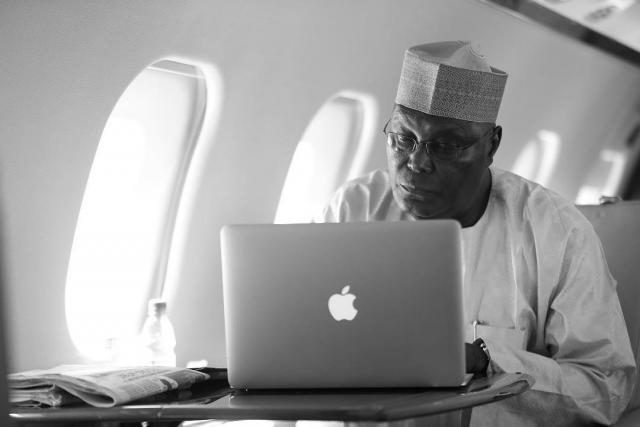 The Peoples Democratic Party Presidential Campaign Organization, PDP-PPCO, recently mentioned that allegations against its Presidential candidate, Atiku Abubakar and his running mate, Peter Obi by the ruling party over poor campaign funding were so false.

They also endured they remembered to challenge President Muhammadu Buhari to concentrate on issues ahead of the 2019 election.

Days back, APC accused the former Vice President of using South Africa based drug dealers to fund their political ambition.

However, in a recent statement, Kola Ologbondiyan said it was sad that the same President Muhammadu Buhari, who regularly reminds Nigerians of his commitment to a free, fair, credible and peaceful polls as well as issue based campaign will, would “mandate the officials of his party and members of his campaign to be engaging in malicious, vengeful and hate-inclined statements against respectable Nigerians whose integrity, competence and capacity overshadow his.”

The statement read: “The PPCO makes bold to state that unlike President Buhari, the PDP Presidential candidate and his running mate, have unbroken records of fulfilling responsibilities in all the offices they have occupied.

“They come with a trajectory of successes in their various engagements in public office and have never been indicted by any statutory authority or court of competent jurisdiction in any matter whatsoever.

“The PPCO however charges the APC to look inwards and see the array of drug barons, addicts, certificate forgers, money launderers and treasury looters that are assembled in their party and Presidential campaign council.

“This assemblage by people of questionable characters in a party where their leaders claim integrity is one of the puzzles that 2019 election will solve.

“We are therefore not surprised by the descent of the APC to this irresponsible level of allegation as a subterfuge to divert public attention from President Buhari’s rejection, failure in governance and schemes to manipulate the 2019 general elections.”

We Do Not Have Any Preferred Presidential Candidate – CAN

Zlatan Ibrahimovic Set To Fasten His Recovery From Injury

Media urged to cross-check facts to promote harmony in polity

Vitamin C With Fanta Or Sprite Is Dangerous – Lagos Court