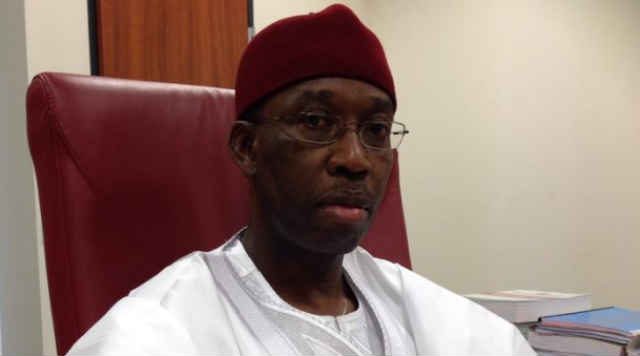 Gov. Ifeanyi Okowa of Delta has admonished Peoples Democratic Party (PDP) supporters in the state to begin an aggressive grassroots-based campaign ahead of the general elections.

He said his ambition to seek re-election was to ensure peace and equity in the power rotation as agreed by the people of the state.

“My second term ambition is not just for Okowa, but for peace and equity in power rotation in the state,” he said.

The Governor said his administration had done a lot, adding that his re-election would enable him to consolidate on the achievements.

“I want you people to move from one house to another, campaigning for the PDP.

” I will also want you to vote for all the PDP candidates in Delta and Alhaji Atiku Abubakar at the presidential level.

“In the last one year, the state revenue has increased and this has also translated into massive infrastructure development in the state.

“We have been able to construct three roads in Koko and we want to consolidate on these achievements.

” Above all, I urge you to pray to the Almighty God because we cannot do anything without Him,” he said.
He urged them to vote massively for the party to enable his government to continue with the good work it had started.

The governor warned the party loyalists to appeal to those in the rival parties and advise them to the PDP.

“Tell them to move to the righteous side, where good things are happening,” he said.