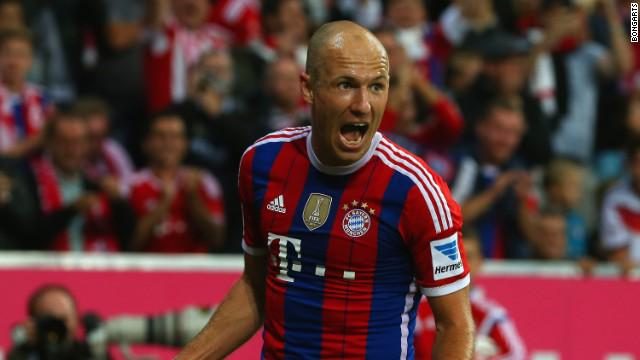 Bayern Munich winger, Arjen Robben has described Anfield as his worst stadium ever as his team prepares to face the reds in a crunch UCL tie this week.

It has not been all rosy for the Holland international at Liverpool’s stadium Robben having suffered exits from the Champions League twice with Chelsea, in 2005 and 2007, and with Real Madrid in 2009.

His words, “I think, if you ask [about] the worst stadium for me, it’s probably Liverpool,”

“You always have your favourite opponent and there always has to be a negative one.”

On their title challenge, he said, “In one or two games they could really live up to it and perform — just not the whole season, which was maybe too much,”

“Now I think it changed and they developed really well. The manager has done a great job.

“Last year they were in the Champions League final and at the moment they are top [of the Premier League]. It’s a long, long time ago that they won the league, and that’s the one they’re dreaming of.”

Nicki Minaj Should Stay In Her Own Lane – Azealia Banks