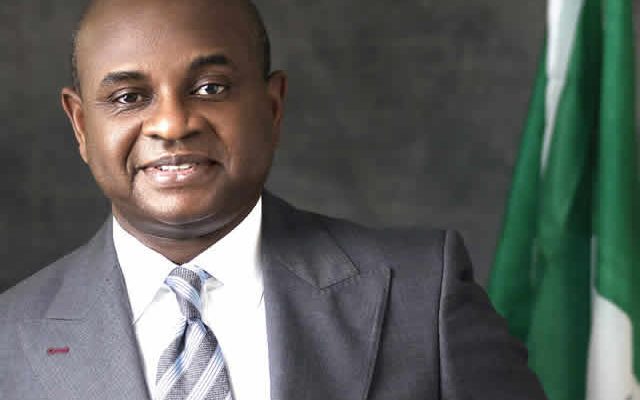 Kingsely Moghalu has had his say after INEC’s successful Presidential election despite its several hitches.

The Presidential candidate of YPP regretted his loss and also touched on the many violence that took place in the country as the citizens exercised their franchise.

He also talked about how the citizens’ struggle for a better Nigeria will have to continue.

His words, “I was very saddened by the loss of lives to various acts of violence during the February 23 presidential election and elections into the National Assembly. My heartfelt condolences go to the families that lost loved ones and I pray that those injured will recover soonest.

The operational failures of INEC in the conduct of the elections, the massive vote-buying and vote-rigging through various methods as well as violence in several locations in the country have left the credibility of the election open to question. The APC and the PDP have both been complicit in the malpractices.

The number of votes tallied for my candidacy by the INEC did not represent anything close to the electoral strength of that candidacy. These false numbers were the result of brazen theft of our votes and the suppression of our voters.

It appears, however, that the strong determination of many of our citizens to reject the APC at the ballot box far outweighed the desire for real change in our polity and governance in 2019. So, although we did not win this election in terms of overall numbers of votes, the presidential election result is an indication of where our society is at present: 2019 is the last gasp of the old political order that has robbed Nigeria of real development.

READ  Cinemas, Spas, And Gyms Can Reopen Amid The Pandemic – Sanwo-Olu

I trust and believe that this situation will change by 2023. As we move forward as a country, we need fundamental reform of our electoral system if our democracy is to have any real meaning. Elections as they are organized and executed today in Nigeria are a travesty.

We need to reform the systems of registration, voting and collation of votes by making the processes more transparent through better use of technology. As of today, these processes are tedious, inefficient and prone to risks and performance failures such as those we have experienced. We also must stiffen punishment and enforce accountability for electoral offenses.

Nigerians in Diaspora have continued to remit billions of dollars home every year. Our fellow citizens living abroad must be able to vote overseas as from 2023. Immediate action to achieve this goal is required once the present elections are over.

President Muhammadu Buhari, who INEC announced as the winner of the 2019 presidential election, owes Nigerians an inclusive, competent government that can heal our land and take millions of Nigerians out of crushing poverty. This calls for a very different approach from recycling poverty through the APC government’s unsustainable populist initiatives that fail to create jobs or improve actual economic productivity and living standards.

A new, philosophically and conceptually grounded approach to economic management that goes beyond mere economic growth statistics to real economic development and structural transformation remains an urgent priority for our country.

Our struggle for a better and well governed society, a productive and inclusive economy that breaks the backbone of poverty, and to restore Nigeria’s leadership role in the world continues. I for my part will remain engaged in that struggle over the long haul.