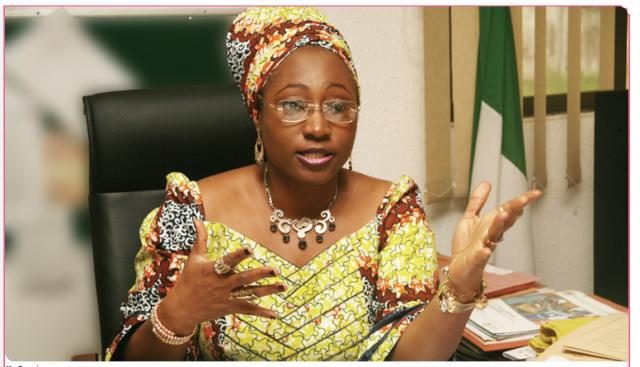 Wife of Ekiti State Governor, Erelu Bisi Fayemi has expressed her sadness at the failure to fully recognize the rights and personhood of Nigerian women even when the 1999 Constitution frowns against gender discrimination when it comes to their electoral participation as voters and candidates.

She revealed this while delivering the 5th Distinguished Guest Lecture at the University of Medical Science, Ondo in Ondo State entitled: Clapping With One Hand: Female Education, Leadership And The Quest For National Development.

Her words, “Women constitute 49 per cent of the country’s population, yet, their key role is inadequately acknowledged in political and economic arenas.

“Researchers have shown that in the organisation of various traditional governments in the pre-colonial era, women held powerful positions and thus had a voice in the decision-making processes.

“Since 1954 in the South and 1979 in the North following the return to civilian politics, Nigerian women have been constitutionally empowered to vote.

“Millions of women and girls still suffer from the feminisation of poverty, lack of access to basic resources, diseases, violent conflict and the complex use of culture, religion and tradition to render women voiceless.

“The level of representation of women in elective positions has gone down during the three general elections, 2011, 2015 and 2019.

“ln Nigeria, women occupy about 30 per cent of all the posts in the public sector and 17 per cent in senior management and decision- making positions.

“violence or the perception and or real fear of violence are a major deterrent for women to engage effectively in politics.

“The latest numbers of these incidents reportedly take place during political campaigns or rallies while others occur at political party events.

“This further underscores the real need to engage political parties in promoting peaceful elections in Nigeria.”

The Killing Of Nigerians In South Africa Is Worrisome – Adetola...

Anyone Saying Coronavirus Is A Scam Is Suffering From Limited Thinking...

Liverpool Can Win The UCL – Matip

Zlatan Ibrahimovic And Tyron Mings Charged By The FA