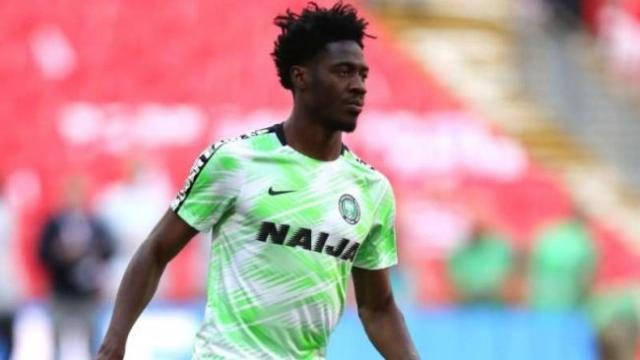 Nigerian defender, Ola Aina has disclosed that he wants to win the Afcon 2019 tournament after narrowly and painfully missing out on the World Cup.

Ola was on the stand-by list but failed to make the Nigeria’s 23-man squad in Russia even after rejecting England for Nigeria.

He has now revealed that he intends to use that disappointment to fuel his desire to win the Afcon this year.

His words, “I just missed out on the World Cup last time, that was hard to not go,”

“African Cup of Nations is around the corner and to play in it is a big thing for me. To compete and play after two times not qualifying for it, it’s really special for me to be involved in it.

“After I missed the World Cup, I bounced back quickly and moved on. You take that disappointment and turn it into hunger and desire to be in this tournament and be selected. It has just pushed me to be even more determined. Now I’m ready to go and do my best.

“We are going well. Training is at a high level. There’s a good spirit. The preparation has been good. I think everyone is confident. Everyone is happy. Everyone is at ease and it’s a good vibe to be around. We are raring to go.

“We would love to win it because the nation has missed out on two of these tournaments and the one before, we won. So, we want to go there, do our best and to try to win this tournament. I think everyone has improved in our young squad. I have improved in certain aspects.

“I have still got a lot more to improve on. I’m not the finished article. Mentally, I have been able to improve to deal with setbacks better and quicker. I’m better physically and definitely tactically. I am always improving and you feel the improvements.”

“Everyone would say Senegal are one of the favourites,”

“They have a very good team and they did very well at the World Cup that just went. They will be very difficult. I don’t think we are looking at our opposition too much, we are trying to focus on ourselves and be the best we can be.

“You have players like [John Obi] Mikel and [Wilfred] Ndidi in our team. Then there is Mohamed Salah, Sadio Mane and Naby Keita all at Liverpool, the European champions. There are a lot of big players in these African teams. To go up against them and compete with them is a good thing for me.

“You see these guys on TV all the time and achieving great things, then you play them, it is surreal at times. It is my job though and you keep it professional.”