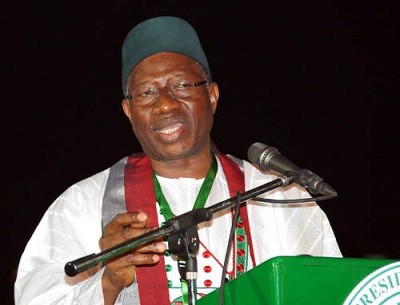 After the failed coup in Ethiopia, Former President, Goodluck Jonathan has blasted those behind the attempt, saying, “Nobody’s Political Ambition Is Worth The Blood of Citizens in Ethiopia or Any Other Nation.”

He revealed this hours after the Ethiopian Prime Minister confirmed the death of Ethiopia’s chief of army by his own bodyguard in an attempt to take over the government.

According to GEJ, no one’s political ambition is worth the blood of Ethiopian citizens.

His words, “I have long said, believed and practiced the principle that nobody’s political ambition is worth the blood of any citizen.

“As such, it bleeds my heart when there is unnecessary and avoidable bloodshed, as has just happened in Ethiopia.

“I condemn the attempted coup against the democratically elected government of Prime Minister Abiy Ahmed.

“I go further to call on men and women of goodwill around the world to also condemn such anti-democratic actions and show solidarity to the democratically elected constitutional order in Ethiopia.

“Democracy has come to rest in Africa. Constitutionality and the rule of law are what we in Africa need, especially in the cradle of civilization and the melting pot of the African Union.

“Africa hopes for a speedy return to normalcy and I stand ready to lend my voice and actions to make that possible. May God bless Africa and may He be with the government and people of Ethiopia at such a trying time.”

Population Can Be A Liability – Abdullahi Ganduje