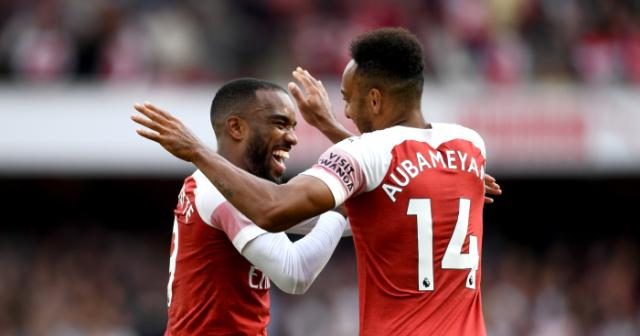 Arsenal legend, Jens Lehmann has said that Gabon star, Pierre-Emerick Aubameyang is very replaceable for the Gunners if he decides to leave for Manchester United.

He also blasted the lack of direction at the London club.

Any move out of the club for Emerick will create funds for Arsenal and the Lehmann thinks it can give the club the money it needs to reinvest.

His words, “If you finish fifth [in the league] you can sell players. If he was to go to United, a new player would come in who could do better”

“Arsenal’s goal shouldn’t be to finish fifth or sixth.”

“All of the guys playing for Arsenal are good but they need to win something,” he continued.

“They were in the Europa League final last season and lost. Obviously it would have been good if they had won it.

“Their finish in the league season was disappointing as well. Even though they had the chance to secure fourth place, or even third place, they didn’t.

“The club is in a situation right now where no one knows the direction that it is supposed to be going in.”

I Will Build Technology Centres To Create Jobs – Babajide Sanwo-Olu

I Am Very Happy With Lukaku – Mourinho