Addiction can be very powerful, and though a person may try to avoid drugs or situations where they could be caught possessing drugs, they may eventually be caught and arrested. The entire criminal law process after an arrest can be scary for those going through it, especially if it’s their first time being arrested. Understanding what happens next can help them make sure they know what to expect as their case goes through the court system.

Arraignment After Being Booked into Jail

Once the arrested person is booked into jail, they will have an arraignment. This doesn’t happen immediately in most cases but should happen within a couple of days. At the arraignment, they’ll find out the exact charges they’re facing. Drug possession can be a misdemeanor charge if they’re just caught with a small amount or a felony if they’re charged with drug trafficking or related crimes. During the arraignment, they’ll also find out what their bail is so they know how much they can pay to be released pending the outcome of their hearings.

Chance to Make Bail and Hire a Lawyer

If the arrested person is offered bail, they can pay the bail in full to secure their release. This allows them to leave the jail and be at home through the hearings. The bail does need to be paid in full for them to be released, but they can obtain a bail bond if they cannot afford the whole bail amount. Once they are released, they should start working with a lawyer. The lawyer understands the charges they’re facing, the criminal justice system, and what they need to do to minimize the impact this will have on their life right now and in the future.

Work on Defense Against Charges

Drug charges can include serious penalties, especially if the arrested person is charged with a felony, so they will want to work closely with their lawyer to look into all possible defenses. Where feasible, the lawyer will attempt to have the charges dismissed altogether. If this cannot be done, the next step is to look into a plea deal with the prosecution, where the arrested person pleads guilty to a lesser offense in exchange for a lenient sentence, or look into ways to have them found not guilty in court. The possibility of this depends on the evidence in the case.

It’s possible the arrested person will plead guilty because of the evidence against them or will be found guilty during the trial. Once this happens, they will be sentenced according to local regulations. For misdemeanors, this typically means less than one year in jail. For felony charges, they may receive more than one year in jail along with other penalties. In some cases, they may be able to accept treatment in lieu of a jail term, but it depends on the charges they’re convicted of as well as the judge overseeing the case.

The entire process from the initial arrest through sentencing if convicted can take quite a long time and can be incredibly stressful. However, if you have been arrested and charged with the possession of illegal drugs, a lawyer can help you work toward a better outcome for your situation, so you avoid the maximum penalties for the charges you’re facing. Contact a lawyer today to find out what can be done to help your case. 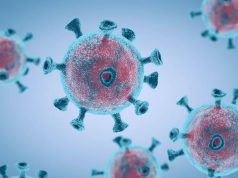 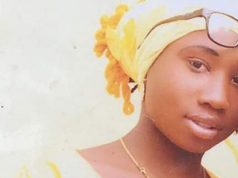 Again, a thought for Leah Sharibu by abiodun KOMOLAFE

Lockdown: COVID-19 Pandemic and the Days that follow – Abiodun KOMOLAFE 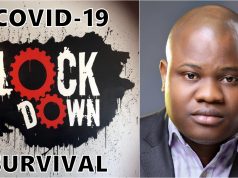 Covid-19 Coronavirus Outbreak: How to Survive During Lockdown

Winning The FA Cup With Chelsea Would Be Amazing – Pulisic

Nigeria 2015: Buhari Must Clear The Air On His Health Status,...