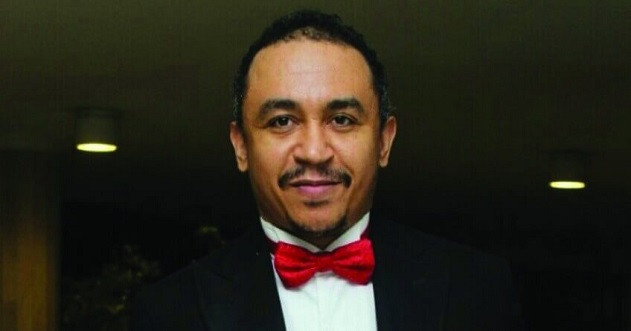 Cool FM OAP, Daddy Freeze has confirmed that he plans to interview both Busola Dakolo and Pastor Abiodun Fatoyinbo to find out the truth.

Reports came out earlier that the interview with the controversial pastor is set to go down with Freeze as the one asking the questions.

The Radio presenter did not confirm if a contract is in place already but revealed that he is readily available for both parties to discover the truth and separate it from the lies.

His words, “From the very first video I did on this issue, I made it clear that my platform was available to BOTH parties in the spirit of truth and fairness as the scripture teacher that I pride myself to be and brandish with boldness on the bio of all my social media accounts.(John 7:24, James2:1, James2:9, Deuteronomy 1:17)Also, I personally find the line ‘controlling the narrative’ somewhat mischievous, especially when it is coming from what is supposed to be a world class media house, which in my opinion should moreso concern itself with having an ‘equitable narrative’ as against suggesting that hearing from the other party would mean ‘controlling the narrative’.

I do not condone rape or abuse of religious office in any way or form and agree that when an activity seems to raise threats of harm to humans, precautionary measures should be taken even if some cause and effect relationships are not fully established scientifically.

This notwithstanding, we must judge righteous judgement. (John7:24)In the court of law, both parties would be entitled to a proper defense team and the right to a fair hearing. Since this matter is already being judged before the court of public opinion, I’d like to suggest that those rights be maintained. ~FRZ”

Nigerian Leaders Only Care About Their Families – Sanusi

Liverpool’s Title Win Is A Matter Of When, Not If –...