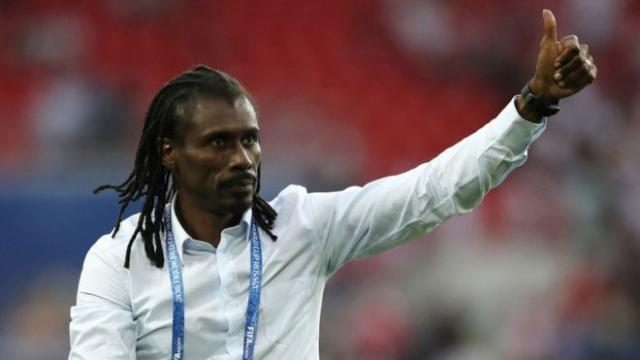 Senegal manager, Aliou Cisse has said he was not shocked by the performance of Benin in the quarter-final of the 2019 Africa Cup of Nations on Wednesday.

Idrissa Gueye’s lone goal won the match for the Teranga Lions as they sealed their spot in the semi-final of the tournament for the first time in 13 years.

Before the loss, Benin were unbeaten in their last four games, holding Ghana, Cameroon, and Guinea-Bissau to draws before beating Morocco in the Round of 16.

Cisse reacted to the victory with these words, “We’re very happy with this victory. It’s true we had the possibility to score. They were a difficult team,”

“Don’t forget, Cameroon didn’t beat them, neither Morocco nor Ghana, so we were waiting for a difficult, complicated game.

“We had chances, they’re a team that gave up nothing. We knew it would be a tight score, maybe 1-0, maybe extra time.

“To play against a team who know exactly what they must do, it’s hard. I must congratulate my players.”

Senegal will battle the winner between Madagascar and Tunisia in the semi-final if the tournament at the 30 June Stadium on Sunday.