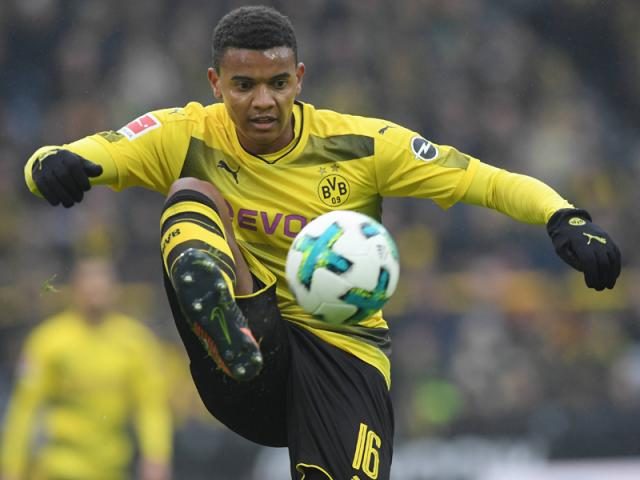 Borussia Dortmund defender, Manuel Akanji has said Raul and Cristiano Ronaldo were his childhood idols and he supported Real Madrid and Manchester United when he was young.

Manuel was chatting with Goal and SPOX ahead of the German Super Cup against Bayern Munich tomorrow.

Even if he is currently one of Dortmund’s top centre backs, Akanji started his career as a striker and that made him emulate Raul and Ronaldo.

He had this to say, “In my childhood I had football in my head”

“My role models were related to my respective positions. My first role model was Raul. At the time I was still playing as an attacking player and was a fan of Real Madrid.

“Aside from Real, Manchester United were my favourite club. So at some point it [his idol] was Cristiano Ronaldo. He impressed me with his performances.

“I only became a defender at the age of about 17. Of course there were a lot of good defenders at that time, but I didn’t have a clear role model then. Sergio Ramos would be the most likely to come to mind.”

“As a footballer, I don’t really have any role models anymore,”

“But there are athletes who fascinate me in terms of their attitude. For example, it’s incredible what Roger Federer has done in his career.

“I also watch basketball often. Russell Westbrook is my favourite player, his mentality is impressive. He gives more than 100 percent in every game, always fighting until the end.

“I see these types of athletes as role models today.”

Kendrick Lamar Is A Once In A Generation Talent – Mark...

It Was A Great Team Effort – Zidane