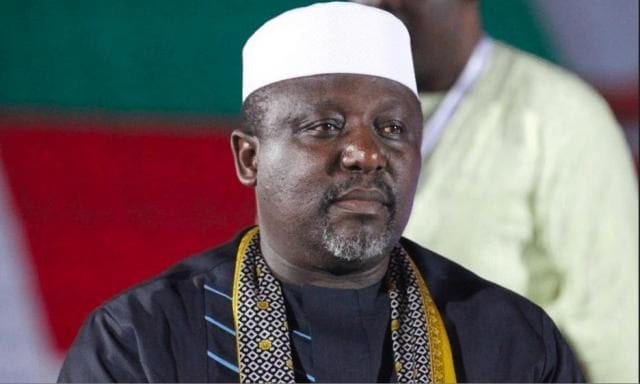 Ex past governor of Imo State, Rochas Okorocha, has said his successor, Emeka Ihedioha is only dismantling projects executed by his government to tarnish his achievements and the All Progressives Congress legacy in the South-East.

He also said the PDP government in Imo are ganging up on him because of the defeat that the party suffered in the 2011 and 2015 general polls, when he was victorious on the platform of the APC.

Rochas, currently representing Imo West Senatorial District in the National Assembly, disclosed this in a statement issued in Owerri today by his media aide, Sam Onwuemeodo.

It read, “The Governor Emeka Ihedioha-led PDP government in the state is simply fighting back because of the defeat they suffered in 2011 and 2015 in the hands of Senator Rochas Okorocha.

“They are also playing the politics of how to remain in power in the state having known that they didn’t win the 2019 governorship election because before now, nobody had become the governor of the state with bloated figures from only three out of the 27 local government areas in the state.

“For them too, having known that Imo remains the strongest hold of APC in the South-East, they now feel that once APC is destroyed in Imo, the party has been destroyed in the South-East. That is another major reason for the current hostility against Okorocha, his amazing achievements and APC members in Imo.”

Reacting, Ihedioha’s Special Adviser said, “The Imo State Governor is more preoccupied with the challenges of rebuilding the state.”

We Must Salvage This Country Together – Dino Melaye

Argentina Are Favourites In Our Group – Modric