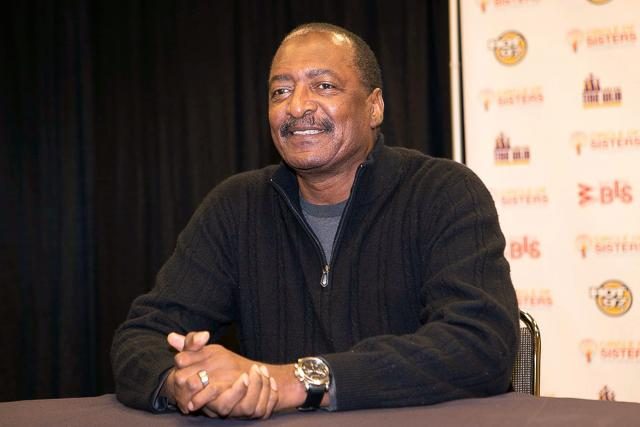 Mathew Knowles has opened up on the hypocrisy in judging Michelle Obama for wearing a sleeveless dress that flaunted her bare arms, yet no one said anything when Melania Trump shared a picture of herself in a bikini, posing with a gun.

Beyonce’s dad flaunted a side-by-side pic of her ex-US First Lady Michelle Obama and the present First Lady Melania Trump as he compared both women.

His words, “Oh the hypocrisy of it all! Remember when they made a big deal about Michelle Obama’s bare arms?! And yet it’s ok for Melania Trump to pose in a bikini with a gun?! I’d love to hear your thoughts! Sound off in the comments!”

Mathew Knowles (born January 9, 1952) is an American record executive, talent manager, and businessman. He is best known for being the manager of Destiny’s Child. He also managed his daughters Beyoncé and Solange Knowles. He is the ex-husband of Tina Knowles, and father-in-law of Jay-Z.

Knowles began his business career in sales of office and medical equipment. He moved to Houston in 1976 and worked for the Xerox Corporation for 10 years, primarily in the medical-systems sales division. Knowles afterward worked selling a CT/MRI diagnostic imaging equipment to hospitals and health facilities. He also worked in neurosurgical sales. In 1992, Knowles left this career to devote himself to his music company, Music World Entertainment, which he founded that year.

Knowles became manager of the vocal group Destiny’s Child, working as either a producer or an executive producer on many of the group’s projects. Under Music World Artist Management, Destiny’s Child became a top-selling group, winning several awards including the Grammy Award, the American Music Award, BET Awards, and many others. Billboard magazine inducted the group into the All Time Hot 100 Artists. Following the departure of his daughter Beyoncé from the group, Knowles managed the solo careers of the other members of Destiny’s Child, Michelle Williams and Kelly Rowland.

Badu: We are ready to explode

Buhari Can Stand Out Among Past Leaders – Lauretta Onochie