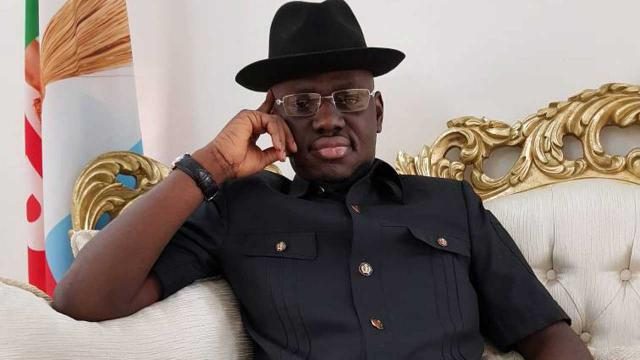 An ex-Deputy National Publicity Secretary of the APC, Timi Frank, has said the alleged corrupt pedigree of some new cabinet members of President Muhammadu Buhari proves that governance is now in the hands of looters.

Timi, in a statement on Thursday, asked Nigerians to reduce their expectations for true dividends of democracy and expect an increase in corruption.

He also said nothing positive could come from the new ministers since “70 to 80 per cent of them have at one time or the other been the guests of anti-corruption agencies with most of them still battling corruption charges in the courts.”.

His words, “I urge Nigerians to brace for more hardships as corruption and incompetence have been enthroned with corruption masters turned ministers to run the affairs of government in Nigeria.

“Buhari told Nigerians in 2015 that he would cut his salary by 50 per cent and reduce the aircraft in the presidential fleet before he became President. He also said he would reduce the cars in the Presidential convoy.

“But Nigerians can testify that this was never done. He neither reduced his salary, aircraft in the presidential fleet nor cars in his convoy. It is clear to Nigerians that General Buhari is a product of lies who has continued to live and rule with falsehood.”

“What is the President still doing in office? By this action, he has completely abdicated his responsibilities and declared himself unavailable and unfit to occupy the Office of President.

“To subordinate ministers to the whims and caprices of his aides represents a gross abuse of office and the Constitution of the Federal Republic of Nigeria.”

Traditional Rulers, Politicians Are Behind Insecurity In The North – Dan...

I Am Going Phoneless For One Month – Davido