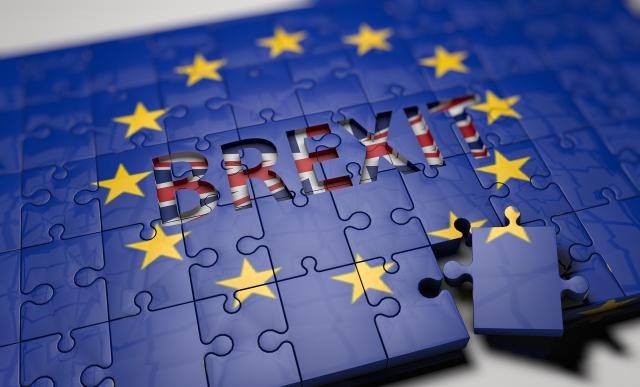 BrexitAbout three years ago, the British people dicided to leave the European Union (EU). The decision was made during the referendum of June 23, 2016 when the Leave supporters won with a percentage almost 52% and with participation 71.8% to determine the exit of Great Britain from the European Union. This great result was undoubtedly the first major, painful defeat for the under German control European Union of the banks and multinationals.

However, the exit of Great Britain from the European Union, which was scheduled to take place on 29 March 2019, after exactly two years before had been activated the article 50 of the Treaty of Lisbon, which allows members- states to leave the Union, ultimately it did not happen because of a failure to reach an agreement with the Brussels establishment. And no agreement was reached because of the arrogant intransigence of the Brussels conclave, which is trying with abundant overweening to humiliate Great Britain and thus use it as a scarecrow to other countries wishing to escape the German prison of the European Union.

According to statements by new Prime Minister Boris Johnson, Brexit will happen definitively on October 31, 2019, either with agreement or without an agreement. And this because a naughty Brexit is preferable to a bad deal that will obviously work against Great Britain and the British people. At the same time, this act of exit, which will liberate Great Britain from the shackles of the European Union, shows on the one hand full respect for the will of the British people and on the other hand conflicts with those who are trying in various ways to delay or even cancel the proud Brexit.

It is more than certain that with Brexit is not going to come the end of the world to the Great Britain as it not happened when it chose to stay out of the eurozone. And, as eminent experts say, the British economy after a short problematic period will be significantly strengthened from a competitive point of view. So there is no doubt for any perspicacious observer and analyst that in the medium and long term, Great Britain, which will fully regain the ability to pursue national policy in all areas, will prosper out of an undemocratic and highly bureaucratic plan in which Germany has a dominant role.

However, the supporters of the stay of Great Britain in the European Union essentially want the British people’s will to be annulled and the referendum thrown into the trash, the result of which did not cause any immediate economic crisis as they were warning. So they are constantly sowing terror, assuring that the consequences of Brexit without a deal will be nightmarish and chaotic, much worse than even Hitler’s bombs. So they are talking about developments and events that will even endanger the same the unity of the country, huge deficits in food, medicine and fuel that will lead the British to rush like the crazy people to supermarkets, gas stations and pharmacies, “blackout” at ports and airports of the country, destruction of British businesses, decisive blows to the exports and the financial sector, particularly negative impacts on the tourism industry that will transform travel plans millions of people in a hell of delays, cancellations and bureaucracy etc.

But all this logically will not be the case because the responsible government of Boris Johnson for the future of the British economy and the British people, I believe it will take the appropriate measures with prudent and decisive action, drawing up a well-coordinated exit plan that will minimize any negative effects of Brexit. This is also confirmed by the statements made on 1 August 2019 by the Minister of Finance of Great Britain Sajid Javid: “Our economy is fundamentally strong, so today we can make many choices. We can choose to invest in schools, our hospitals, our excellent police for example, but we can also prepare to leave the EU and if that means leaving without an agreement then that’s exactly what we will do.”

At the same time, Brexit will not only have negative impacts on the Great Britain, but also on the European Union. Brexit undoubtedly threatens the unity of the Union and creates an example of secession that other countries are likely to follow in the future (Domino Effect), while the lack of the Great Britain financial contribution (around ten billion annually) will significantly affect the community budget. At the same time the Great Britain’s major trading partners (Germany, France, the Netherlands, Italy, Spain and Belgium) will be significantly affected, while the European Union as a whole will cease to have the largest share of world GDP and be the largest trading power internationally, giving its position in the US and China.

The blow for the European Union from Brexit, and indeed without an agreement, and given the USA solidarity that accompanies it and translates into a major privileged bilateral Great Britain-USA trade agreement, is much more than crucial and can prove fatal for European Union and the Eurozone, at a time when the latter are experiencing a prolonged economic and political crisis, which has been on the rise lately.

So in the face of heightened power competition between world powers (US, China, Russia, EU) it is more than obvious that the Donald Trump government and the American deep state have decided to curb German influence in the area of the western camp and prevent decisively the enforcement of German wills in European space.

Today’s vision against the rotten, totalitarian and highly neoliberal German European Union, which is the most failed experiment of economic and political union between different nation-states in history, can only be the equal co-operation of free European peoples and sovereign independent democratic countries from one end of Europe to the other.

In closing, I would like to stress emphatically that any short-term negative effects of Brexit can in no way stand an insurmountable obstacle in the face of the will of the British people, who has been trained many centuries with the democratic traditions and with the precepts of freedom and independence, to liberate his country from the iron shackles of the European Union. 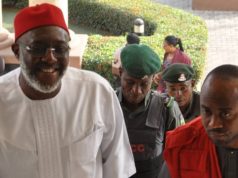