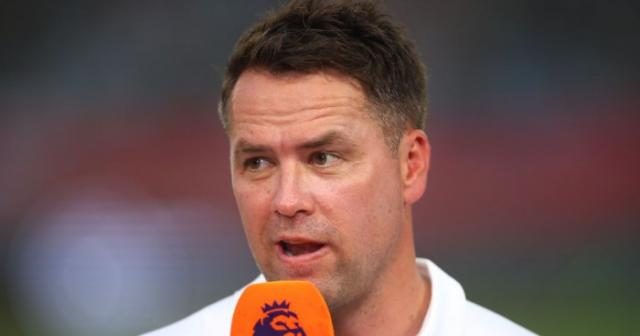 Mohamed Salah’s selfish streak will not be an issue for Liverpool according to Michael Owen.

Owen believes Sadio Mane’s public display of frustration vs Burnley will be forgotten as soon as possible.

Mane was not happy with Salah’s actions during their 3-0 win at Turf Moor.

However, Owen does not see the little spat as a bad thing because it is important for goalscorers to be a little selfish when they play with selfless people.

His words, “When you look at Liverpool’s front three, you have Roberto Firmino, who is probably the most unselfish player in the world – he would lay on anything – so would be a dream to play with.

“At the other end of the spectrum, you have Mo Salah, who is just focused on scoring and wanting to be the goalscorer. Then you have Sadio Mane, who sits in between – he likes scoring and is selfish when he needs to be – but he’s also quite generous in his passing.

“I think you have a great balance there, but it just boiled over the other day. I was doing the [Burnley vs Liverpool] game for television and I said at the time: ‘Have you seen that? There are a couple of times he [Salah] should have been passing.’

“Of course, it all blew up and I saw it coming in many ways. These problems happen all the time and it’s Jurgen Klopp’s job to smooth them over. But I do think that, as a striker, there is a balance in everything.

“There has to be one that’s unselfish and one who is selfish, otherwise you are never going to get any goals. I was always at my best with Emile Heskey – he was really unselfish and I was a really selfish so-and-so.

“But put me with another selfish player – another striker who was hungry for goals – and you wouldn’t necessarily hit it off the same.”

“I don’t think it will be a problem that will last.

“Next time Salah gets the ball, he will probably be more conscious that he has to pass sometimes, if there is a better opportunity.

“If he does, I guess it will be forgotten about, but these players are playing right on the edge at the very highest level and little things can just happen like that. It’s fine. These things happen all the time in every dressing-room – you get arguing all the time.

“Unfortunately for Jurgen Klopp, it happened in front of the cameras and he had to dampen it down, but things like that happen all the time at every club. Sometimes having an argument is quite a good thing because it keeps everyone on their toes.

“You are talking about 25 men in a squad who live in each other’s pockets for nine-10 months a year, so you are always going to have arguments, scuffles. Not everyone will get on, but it’s the manager’s job to piece it all together.”

IDPs Will Remain In Camps – PCNI

Charles Novia On Wizkid and Davido Beef: “Guys, Bury It!”