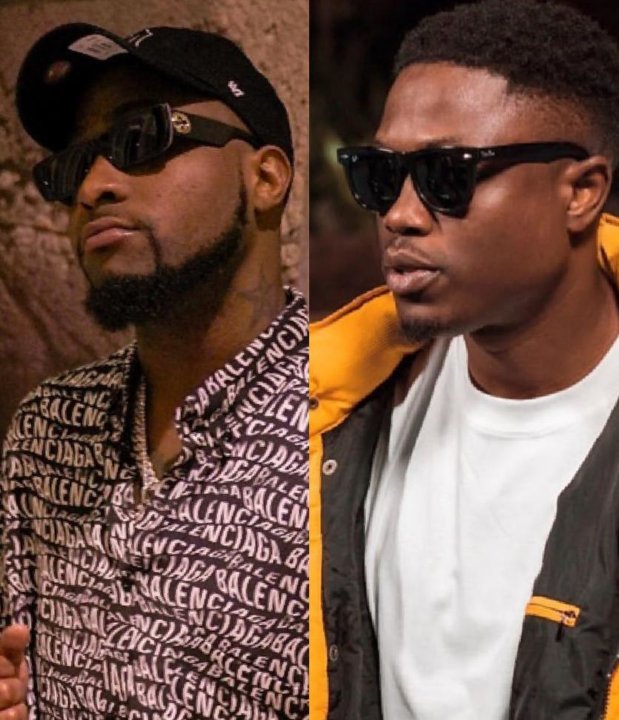 Popular singer, Davido and Vector are set to drop a new single.

Omo Baba Olowo recently announced that he would be collaborating with the lyricist on a track titled “Comfort.”

Davido jumped on Instagram yesterday to reveal that the jam is produced by Vstik and Mr Eff.

We await the release date of the tune.

David Adedeji Adeleke (born November 21, 1992), better known by his stage name Davido, is a Nigerian singer, songwriter, and record producer. Born in Atlanta and raised in Lagos, Davido made his music debut as a member of the music group KB International. He studied business administration at Oakwood University before dropping out to make beats and record vocal references. Davido rose to fame in 2011 with the release of “Dami Duro”, the second single from his debut studio album Omo Baba Olowo (2012). The album also contains six additional singles: “Back When”, “Ekuro”, “Overseas”, “All of You”, “Gbon Gbon”, and “Feel Alright”. In 2012, Davido won The Headies Award for Next Rated. Between 2013 and 2015, he released the hit singles “Gobe”, “One of a Kind”, “Skelewu”, “Aye”, “Tchelete (Goodlife)” featuring Mafikizolo, “Naughty” featuring DJ Arafat, “Owo Ni Koko”, “The Sound” and “The Money” featuring Olamide.

In January 2016, Davido announced on Twitter that he signed a record deal with Sony Music. His announcement was met with mixed reactions. The record label put out a press release to confirm the deal. Few months after signing with Sony, Davido founded the Davido Music Worldwide (DMW) record label. Dremo and Mayorkun are currently signed to the label. In July 2016, Davido signed a record deal with Sony’s RCA Records. He released the 5-track EP Son of Mercy in October 2016, supported by the singles “Gbagbe Oshi”, “How Long” and “Coolest Kid in Africa”. The EP features guest appearances from Simi, Tinashe and Nasty C. Davido revealed to Pulse Nigeria in April 2017 that he renegotiated his contract with Sony due to creative control issues. He released five singles in 2017 after restructuring his contract, including “If” and “Fall”. The former generated worldwide social media activity, while the latter became the longest-charting Nigerian pop song in Billboard history.

READ  Cynthia Morgan Must Concentrate On Rewriting Her Steps – Davido

Davido was born on November 21, 1992, to Adedeji and Vero Adeleke in Atlanta, Georgia. His father is a Nigerian business magnate and his late mother was a university lecturer. He attended the British International School in Lagos. Davido studied business administration at Oakwood University prior to relocating to Nigeria. Davido’s interest in music started during his time at Oakwood University. He bought musical equipment and started making beats, in addition to recording vocal references. He dropped out of Oakwood University when he started getting bad grades and relocated to London, where he focused more of his energy towards vocals as opposed to production. When Davido returned to Nigeria in 2011, his music career was sidelined after he agreed to honor his father by enrolling at Babcock University. In July 2015, Davido earned a music degree from Babcock after his father paid the university to start a music department for an inaugural class of one.

On April 6, 2012, Nigerian Entertainment Today reported that Davido signed a ₦30 million endorsement deal with MTN. The deal unveiled him as the face of MTN Pulse, a marketing campaign for Nigerian youths. On October 24, 2013, Pulse Nigeria reported that Guinness Nigeria signed Davido to an endorsement deal. As part of the deal, Davido performed at the Guinness World of More Concert alongside P-Square, D’banj, Wizkid, Ice Prince, Burna Boy, Olamide, Phyno, Chidinma, Waje and Tiwa Savage, among others. On May 9, 2018, Guardian Life reported that Davido signed an endorsement deal with Infinix Mobile, a Hong Kong-based smartphone manufacturer.