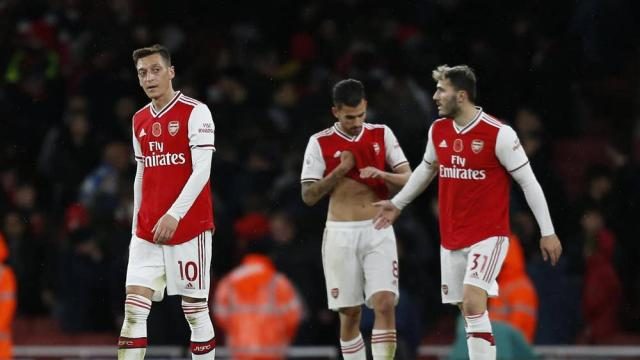 Arsenal has problems all over the pitch, according to Martin Keown.

This is coming after another underwhelming performance in their Europa League draw with Vitoria Guimaraes.

The London club looked set for a win in this season’s Europa League competition after Shkodran Mustafi headed them into the lead with 10 minutes left but Bruno Duarte’s stoppage-time equalizer denied them the win.

Reacting after the game, Martin said Arsenal cannot defend and have lost their attacking spice.

His words, “There are problems all over the pitch,”

“It can quickly be turned around. If I was involved in the weekend I’d go on the attack because we can’t defend.

“We are in danger of losing some of the identity of the team built under Arsene Wenger. We cannot defend and have lost that attacking flavour.

“I think it’s a personal thing of how you mark up in set-pieces. There are huge gaps. All they did was put a ball in and run through the hole. They could put a double-decker bus through that! It’s too simple. It’s basic decision-making and they need to change.”

Juventus Exit Is A Moment Of Sadness – Pogba