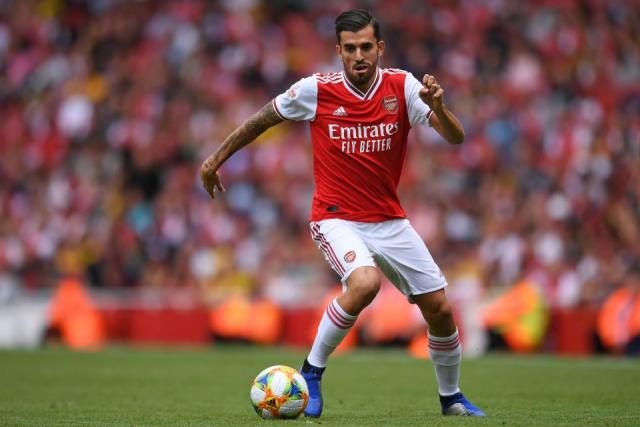 Arsenal coach, Unai Emery has come out to say that Dani Ceballos sustained a small injury in the Europa League draw with Vitoria SC.

Ceballos got injured in the second half of the 1-1 result in Guimaraes and was replaced by Matteo Guendouzi 54 minutes in.

According to the ex PSG coach, more analysis will be done to determine the real extent of the injury.

His words, “We are going to wait for the analysis tomorrow but, at the beginning, I think it’s a small injury,”

On the game, “The players worked and tried and we were very close to winning. In the last minute, they pushed a lot and they scored,”

“The objective is to be first in the group and we are. At the end of the match, we’re thinking about Saturday and Leicester.

“We tried [to score] but also they are a very competitive team. We did better defensively. Offensively, this team are very organised and it’s not easy to have a lot of chances. It’s not good because we want to win but we are first, and this is our target.”

Mustafi also had this to say, “I would love to score in the 90th minute. When you score a goal and you still have to play against a team like today, they threw everything up front, sometimes it’s not organised any more and they throw a lot of bodies into the box and they keep crossing,” he said.

“I think we could have dealt with [the danger] a little bit earlier, instead of letting them cross again. In the end, you have to accept it and move forward and take the positive things.

“You have to say they are a good side, they’re in the Europa League for a reason, they’re quite compact. We played today with a back three and we needed some time to get the rhythm in. In the first half, we didn’t do it as we wanted; the second half was better, better rhythm, better passing.

“We just need to stay calm. Everyone wants to show and give everything and sometimes, when you’re over-motivated, it’s difficult to deal with that. At the end of the day, we need to stay calm, play our football, believe in ourselves and then in the final third try and do it a little more intelligently, with a little more accuracy in our final pass.”