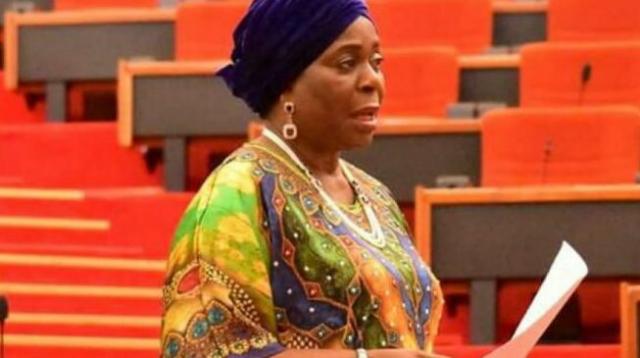 Senator Biodun Olujimi (PDP-Ekiti South) has praised Nigeria’s judiciary for upholding the course of justice in the nation.

She revealed this recently during a visit by a delegation from Ekiti State to Vice President Yemi Osinbajo at the Presidential Villa, Abuja.

She was sworn in days back after a judgment of the Court of Appeal in Kaduna which declared her winner of the Ekiti South senatorial election held on Feb. 23.

According to her, winning the appeal has further boosted her confidence in the Nigerian judiciary.

His words, “I went to it (Judiciary) without the necessary confidence, being a female, two; without a governor, three; without the ruling government at the centre behind me and yet, justice was done.

“I doff my hat to the judiciary.

“I also want to use this opportunity to call on my brother, my friend, who was my opponent in the race and at the tribunal, Sen. Adeyeye, to please let us put all hands on deck and ensure that the senatorial district is promoted because it is by doing this that the future will be bright for us and for the people.

“What has happened is just the travails of democracy, which we all subscribed unto it.”

Executive Order — Blocking Property of Certain Persons With Respect to...