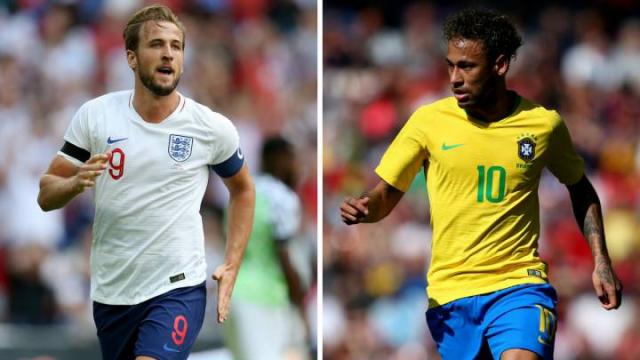 Spurs will not accept anything less than Neymar money for Harry Kane, according to Pascal Chimbonda.

He believes this should not be a problem because clubs like Real Madrid and Paris Saint-Germain might be ready to pay that.

Pascal feels another record-breaking fee would be needed for a player like Kane even if the Englishman is showing no sign of wanting to quit Spurs right now.

His words, “If Harry Kane was to go to Daniel Levy and say ‘listen, Mr Chairman, I want to leave so I can go play in a big team and win trophies’ then I think Levy would maybe let him go,”

“But unless Kane makes that move, I don’t think he’ll leave. He seems happy there, he’s a Spurs boy, he’s the main man and he’s got everything he needs. If he stays, he will be the club captain pretty soon too, so maybe he won’t ever want to leave.

“Levy is a shrewd businessman. When he does business, he does it well. We saw it with Gareth Bale when he sold him to Real Madrid – he held out and held out until he got the absolute maximum Madrid would pay for him, which turned out to be a world record fee.

“If he was to sell Kane, you know Levy is not going to let him go lightly. I don’t think he’d accept anything less than what PSG paid Barcelona for Neymar so it might have to be another world record if anyone wanted to buy him.

“I wouldn’t put it past Real Madrid, Barcelona or even PSG paying that sort of money though, because what we’ve seen over the past couple of years is that money is no real object if one of the top, top clubs really want a specific player.”

“I don’t think for one second that Harry Kane’s best days are behind him.

“When you look at someone like Cristiano Ronaldo, he’s 34 and you could argue that he’s as good as he ever was. Ronaldo improved after his mid-20s and I don’t see why Kane can’t do the same.

“The only question is, will he be able to improve if he stays in the Premier League? Ronaldo had to leave Manchester United to reach another level at Real Madrid.

“If Kane was to stay at Spurs, and they don’t improve much, can he fulfil his individual potential? If he goes abroad maybe to a Spanish team he could improve more and more and win more and more.

“He still has plenty of time, so there’s no rush to leave. And I don’t think his club form is anything to be worried about – he’s still got 10 goals this season, which isn’t bad.

“Sometimes strikers just need a little confidence in those around them as well as themselves, and maybe Harry doesn’t quite have that at club level right now.

“But all it will take is for him to score three or four goals in two or three games for Tottenham and everyone will be saying ‘he’s back’ – so I’m not concerned at all.”

Manchester United Might Lose De Gea If They Bench Him –...