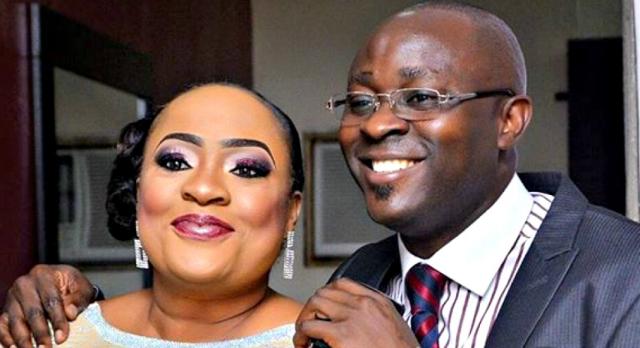 Husband of Nollywood actress Foluke Daramola, Kayode Salako has jumped on Instagram to talk about marriage and how it affects our spirituality.

According to him, if marriage was the ticket to heaven, Jesus Christ would’ve mentioned it.

He said Jesus would’ve courted a lady, done a wedding ceremony with her, and married her to serve as an example to those following him.

He then added that having a wife or husband has never been, and will never be a criteria to enter heaven.

His words, “If marriage is a criteria to inherit His father’s kingdom, Jesus Chirst would have talked about it. He would have left a legacy of how a standard Christian marriage should be. At age 33, before He left, He would have courted a woman; done a wedding ceremony with her, and married her to leave behind an example of how His followers should run their marriages and homes to please His father., Jesus Christ never talked about the type of marriage man should run to please His father; He never condemned anyone in the bible for the type of marriage he chose to run; He never condemned that Samaritan woman He met by the well side for having divorced four times in the book of Mathew/Mark Chapter 4. He did not allow that woman, who committed adultery to be stoned to death. He saved her. And, neither did He prescribe any type of marriage for His followers, when He was here.

“By His own choice and for His own reason, He did not even have anything to do, as regards amorous relationship with the woman at all. ‘Pabambarily’, He took all His twelve disciples, who were responsible family men, away from their homes and marriages. This is to prove that marriage was not an issue to Him.

READ  I Loved It When Diamond Platnumz Assaulted Me – Wema Sepetu

The woman was created purposely to live with the man for his earthly emotional pleasure; for his companionship, so that he wont be lonely; to be his help mate; to care for him; to support his life endeavors and to help in God’s procreational mission to replenish the earth.

It is not a criteria to inherit the kingdom of God.

And, any form of responsible marriage fits into that purpose, except the aberration, called gayism, lesbianism, bestiality and all what not”