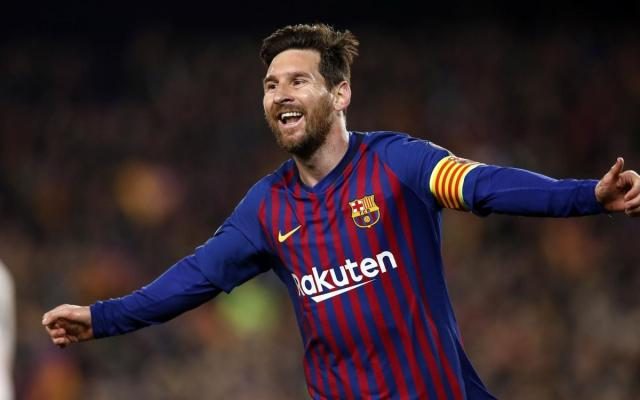 Barcelona manager, Ernesto Valverde has said he does not see Lionel Messi’s recall to the Argentina national team as a set back for the Spanish club.

Lionel was banned and fined $50,000 by CONMEBOL 4 months ago for accusing the governing body of corruption after Argentina’s Copa America semi-final defeat to hosts Brazil.

Messi had missed Argentina’s last 4 matches, all friendlies, but was recently named in their latest squad 2 days ago for upcoming clashes against Brazil and Uruguay.

And even if Ernesto sounded frustrated, he does not see the call-up as a problem.

His words, “Look, we know that if Messi is active, there’s a good chance he gets called up to the national team,”

“He hasn’t been [in the Argentina squad] because of suspension, but now that’s over it’s normal for him to be back for Argentina.

“It’s something we accept, he accepts. I don’t think it’s a setback as such.”

On Umtiti, “Let’s see how he does in training today [Friday],”

“He’s had fitness issues hanging over from last year, that’s why he’s not playing regularly.

“Hopefully we can get this sorted once and for all so he can play more regularly, but the other thing is competition for places. Lenglet is playing very well.

“He [Lenglet] is an absolutely reliable player, very professional in what he does. He’s really settling into his position.

“Shortly after arriving last season, he covered extremely well for Samuel and the French team is also aware of how well he is playing.”

Gartner Report advises Manufacturers to reinvent their business models if they...

God Has Guaranteed Victory For The APC, Buhari – Godswill Akpabio

I Was Emotionally Down After My Pregnancy – Tiwa Savage