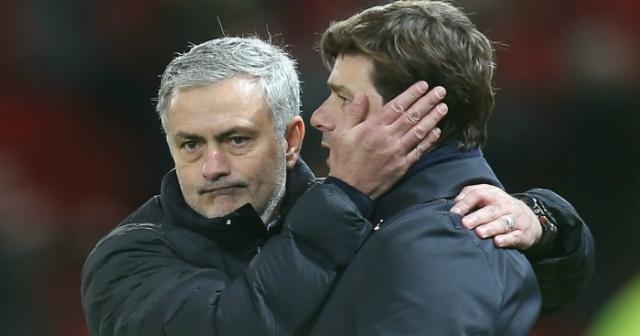 Spurs manager, Jose Mourinho has come out to say that he will not be working on huge changes to the Tottenham squad in January.

According to him, he is already blessed with amazing players in his squad.

Reacting recently to rumors flying around about Bale’s return to the club in Jan, Jose revealed that he is very pleased with the crop of players at his disposal right now.

He added that Pochettino did a lot of great work for several years at the club.

His words, “The best gift are the players who are here. I don’t need new players. I just need to get to know these ones better.

“I told the players I came here because of them. I tried to buy some for different clubs and some I didn’t even try because you know how difficult it was.”

“We can’t win the Premier League this season. Next season, I’m not saying we will win it, but we can win it.”

“Tottenham have a very good team with some very good players. Being outside of Tottenham we cannot know what is happening,” the Hammers boss told reporters.

“Pochettino was a manager who did a lot of good work for a lot of years for Tottenham. Now they have another experienced manager, Jose Mourinho.

“Everyone has his option to play football the way they want, to say what they want to say. He’s not my friend, but he’s not my enemy. We have different ways of thinking about football.

“I think he only took charge yesterday, so probably we will see Tottenham playing in a similar way.”

As expected, Beyonce is number 1 on Forbes list of ‘Top-Earning...

Nyesom Wike Is Hiding Behind People’s Anger With APC – Prince...