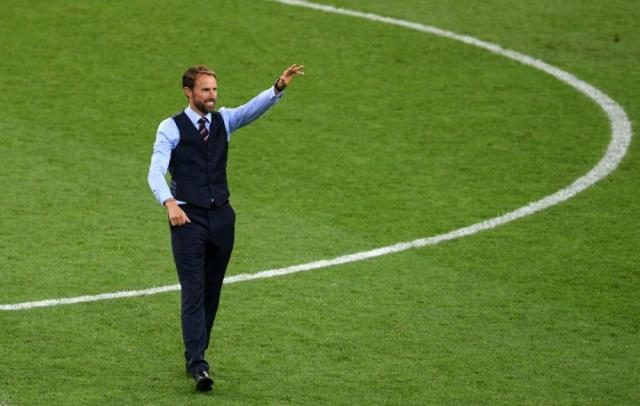 England manager, Gareth Southgate has said he would understand if Sterling is not happy with him after he dropped the City star for his role in a recent altercation with Joe Gomez.

The English national team confirmed on Monday that Sterling will not feature in the upcoming Montenegro clash after his fight with Gomez.

According to Gareth, he is only hoping time will heal any anger he feels towards him.

His words, “Well, I wouldn’t imagine that he’s hugely enthusiastic [about Southgate], but I can understand that,”

“In the end, he’s with the group, that’s the most important thing. He’s a massive part of what we do – has been, will be.

“He’s with us for the game, he’s back with the team on the training pitch enjoying his football. [He] trained superbly well, as he always does. So, for me, the thing is finished.

“I know, as a player, my relationship with my managers and how I felt about them changed day to day, and there were many occasions when I had the hump with them, usually when I wasn’t in the team.

“So, I understand that, I hope that time takes its course on those things. As a manager, you hope that you bring lots of good moments for players.

“And I also accept that, at times, they’re not going to be bouncing with joy when they see my face walking through the meal room.

“So, that is part and parcel of being a manager, and if you’re not up for that challenge, then [it’s] better to go and do something else.”

“I don’t remember many… I don’t know what a normal week with England would be, frankly. So, the key is always to go and win the football matches and that’s where my focus has been for the last 48 hours and for the three weeks before that.

“So, any manager of any big club or big nation knows that all of those situations are difficult. We’re under huge scrutiny for performance and everything else, so I haven’t viewed this as any more or less difficult than anything else.”

Ondo, Ekiti, 13 other States Most Prone to Electoral Violence, Says...

Douye Diri Has To Work Hard To Earn The Support Of...