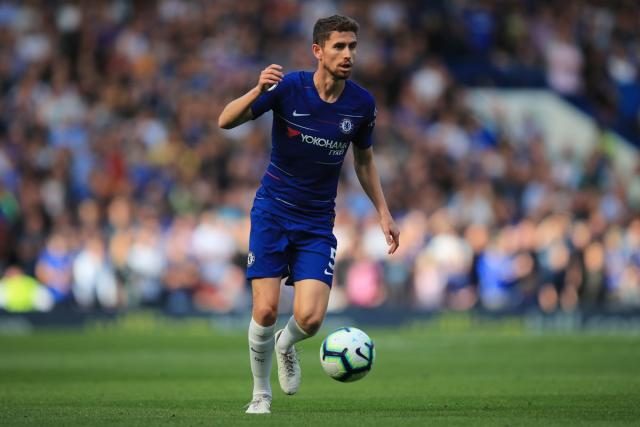 Chelsea midfielder, Jorginho has urged his Chelsea team-mates to rediscover their aggression after bouncing back from a weak first half to win 2-1 away at Arsenal.

According to the Italian, he is fed up with excuses at the club and he wants an improved mindset from his team so they can start winning matches consistently.

He added that all players must learn to fight for the badge if performances are to improve.

His words, “I think when you play for Chelsea, we talk a lot about ‘young, young, young, young’ but we are in the middle of the season and every player has to take responsibility,”

“Not just the older players. Of course, the younger players need more help but youth is not an excuse, you just have to be ready, prepared for the game, prepared to fight, because you are playing for Chelsea in the Premier League and that’s it.

“[Beating Arsenal] was very important for us. It’s quite hard to win away, especially when it’s a derby, and the feeling is crazy. But now we need to change our mindset and win at home as well because we are losing too many points.

“I tried to push my mates [when I came on]. We were a bit soft at the beginning and I tried to change [that] because we needed to change our mindset. We were not fighting enough. I don’t know why. Sometimes it can happen.

“Sometimes you go on the pitch and you are not right and, when you want to change because you realise you are not fighting enough, it’s hard. Today we could change that but sometimes we can’t so maybe we need to prepare ourselves better.

“I think what’s important is that all the players talk and help. Today I came on from the bench and could help my mates. The most important thing is the result because we worked a lot and I think honestly we deserved it.”

“You know you have to fight,”

“Sometimes you go on the pitch and play a bit soft at home, I think is what we have to change. Sometimes we play against teams that don’t want to play, just defend and make counter-attacks, and it’s harder to find space.

“We need to work hard to break that. I think you should push and break the lines, run more behind the lines. Sometimes we don’t do that, we want to play just ball into feet, and maybe we could change that. Again, it’s mentality.”

On Lampard, “I’m happy but the most important [thing] is the team,”

“If he thinks that’s the best for the team, I’m happy. But I’m not changing myself.

The Government Must Be Transparent With The Distribution Of Coronavirus Palliatives...