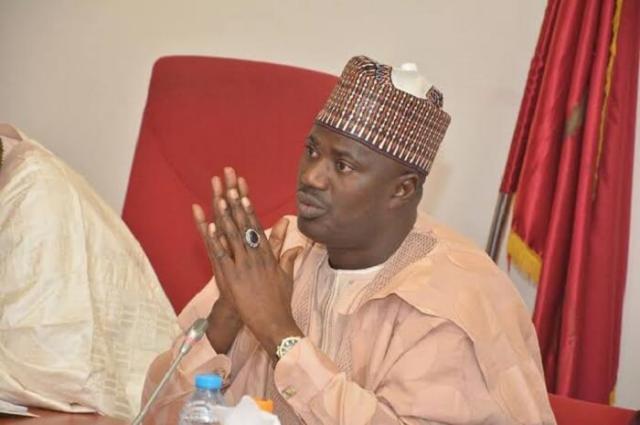 Deputy Chief Whip of the Senate, Senator Aliyu Sabi Abdullahi has come out to say that those against the Hate Speech Bill are not aware of the dangers ahead if the bill is not passed into law.

In a recent statement by Senator Abdullahi, he said the opponents are only pretending to safeguard “Freedom of Speech” by misinforming members of the public on the intent of the legislation before the National Assembly.

He then cautioned Nigerians to stay away from false information being spread about by those who merely act like they have the best interest of Nigeria at heart.

His words, “Both Christians and Muslims have said that the media blatantly expresses bias against their religion and that journalists will deliberately not report their story or perspective.

“Outside the immediate communities affected by a specific incident, the general public’s understanding of violent events is often incomplete.

“In some cases, false news about attacks have incited the people to undertake revenge attacks in various parts of the country.”

“In 2017, Nigeria experienced the continuation of three major conflicts that provided a fertile ground for the propagation of hate speech.

“These were the resurgence of the Biafra Agitation in the South East, the clash between the Army and members of the Islamic Movement of Nigeria, popularly referred to as the Shiites Movement in the North West, and the transformation of the localized farmers-herders conflict and cattle rustling to the large scale rural banditry that had taken an ethno-religious character across much of the North West and North Central zones of the country.”

“Across the country, scores of people were killed as a result of these conflicts, further providing fuel for the wildfire of hate speech.

“More than at any time in the recent history of the country, hate speech became widely used in public discourse and communication.

“They fueled a dynamic that weakened national cohesion and made it difficult for the country to collectively address the threat to peace that affected the population in the country.”

Ronaldo Is Only Better Than Neymar In The Air – Pele

World Class Koulibaly Can Be A Great Van Dijk Partner –...