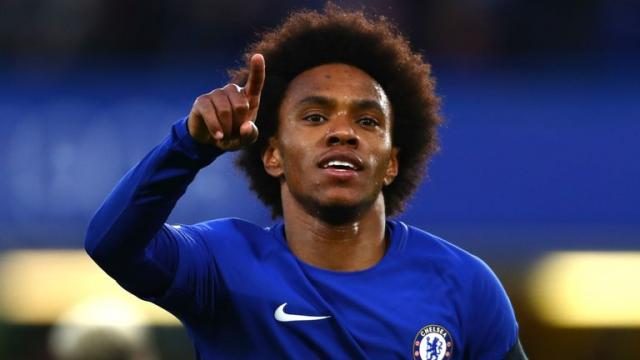 Chelsea forward, Willian has asked for more action to be taken to eradicate racism in football after his team-mate, Antonio Rudiger was allegedly abused during Sunday’s 2-0 win at Tottenham.

Tottenham’s investigation is still ongoing but Willian believes governing bodies have to take a stronger stance on the issue.

The Brazilian added he does not understand how racists think or why they engage in such, but they have to be stopped.

His words, “It’s a shame. It’s very disappointing, I don’t know how people can think like that. In their team, they [Tottenham] have black players as well,”

“I really don’t understand what they think or why they do these kinds of things. I think we have to find, together, a way to stop this. It’s a shame for everyone.

“Inside the pitch you cannot think much about this otherwise you are not concentrating [on your job]. We did all that we could do, our captain reports it to the referee that we had a manifestation of racism and the referee decides what to do.

“I hope we see more action from the federations, that’s what we want.”