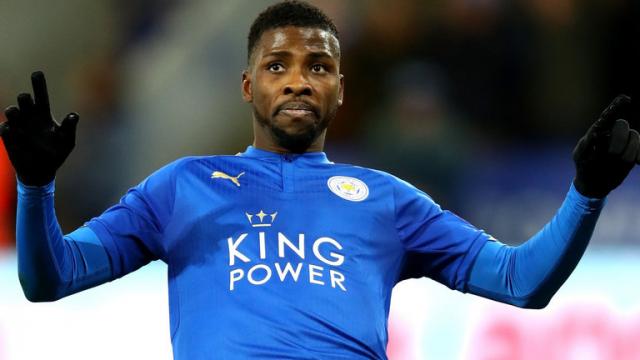 Leicester City boss, Brendan Rodgers has hailed Kelechi Iheanacho for his remarkable display in their 2-1 comeback victory vs Everton on Sunday.

Iheanacho netted a stoppage-time goal to help his team seal 3 points at the King Power Stadium after assisting Jamie Vardy for their equalizer in the 68th minute.

Speaking after the clash, Brendan said Iheanacho’s performance was a reward of his hard work on the training ground.

His words, “I was so pleased for him because there’s him and a number of other guys that don’t feature so much and sometimes [they’re] not even on the bench,”

“But that’s a result of how hard he works and he stays focused. He’s very much there for the team and I think he showed his quality today.

“His set-up play was very good when he came into the game, he was aggressive, he was strong, and he had an assist and then he scored a wonderful goal, so it was a brilliant performance by him.

“[We] introduced another striker and once we did that, the whole momentum of the game went with ourselves, so the players certainly deserved it.

“I think all the players were so happy for him in there afterwards, as we all are, because there’s a lot of guys that are playing regularly, but he’s the guy that came into the game today and was the hero for us.

“You’ve seen the reaction through the whole stadium, so it was fantastic.”