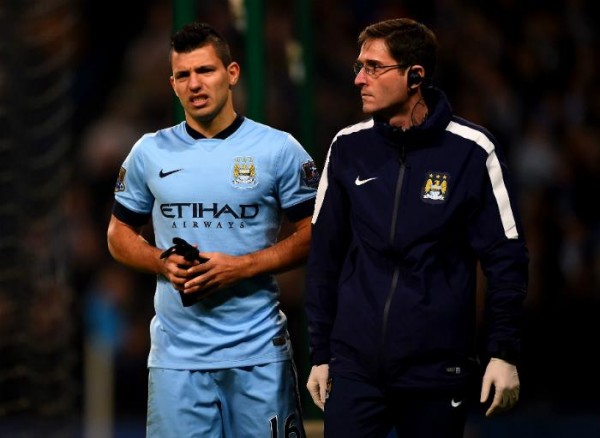 Manchester City will find it hard to replace Sergio Aguero anytime the Argentina international quits the club, according to Pep Guardiola.

Aguero is the club’s highest-ever goal-scorer, and he netted the most famous goal in their history: an injury-time winner against QPR to seal the 2011-12 Premier League title ahead of Manchester United.

Even if Pep feels Gabriel Jesus can be as great as Aguero, who has 18 months remaining on his current deal, he doubts if anyone else can have the same impact on the club.

His words, “[Replacing Aguero] will be one of the toughest [jobs]”

“The most important moment of this club – more important than when this club hopefully wins the Champions League – is when Sergio scored that goal against QPR.

“That moment is much better than four titles in one season or whatever and he was the guy.

“Sooner or later it will happen, he’ll decide when [he leaves]. I’m sure the club will be ready to try to find the guy to replace him, but of course it will not be easy.”

“I’ve never seen such a big star like him be so humble,”

“so funny, and it is a joy to work with him and how he accepts my decisions when it sometimes doesn’t work for him.

“I’ve worked with other stars who believe they were bigger than Sergio when they weren’t and they were more difficult to handle and to be with.

READ  My Players Have Not Stopped Focusing On This Season - Klopp

“It’s not easy to find a guy with his status, his personality, what he’s done in his career with his humility and accepting everything perfectly.”

Uruguay Have Some Great Players – Bale

Illegal Hawkers In Ambode’s Detention Should Be Released – David Umahi