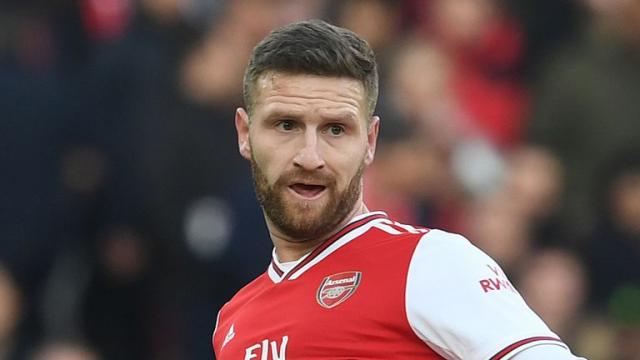 Arsenal defender, Shkodran Mustafi has urged his team-mates to not focus on the EPL table and concentrate on improving under the new manager, Mikel Arteta.

The Gunners go into the game vs Chelsea on Tuesday night knowing a victory would see them move within 7 points of UCL spots.

However, according to Mustafi, the priority should be on how the players can improve and not what their league table position is.

He added that the team’s goal right about now should be to start winning games again.

His words, “It is a game that you can come a little bit closer with,”

“For us, it is important to just work, try to put on the training ground and in games the things we get told from the boss.

“I feel that everyone is trusting him and the idea that he has, which is that he wants to play football. That is something that is very important and now it is all about trying to do it for 90 minutes.”

“The team’s goals are to win games. We have a lot of games still to go and at the end of the day you will see where you will end up.

“Then when the teams above us drop points we can be lucky enough to maybe overtake them. But we have to concentrate and focus on things that we have in our own hands, and that’s only our games that we are playing.”

“It is important to have him [Arteta] because he knows exactly what this team needs,”

“At times in the previous games, we had a little bit of a problem where we were out there and we struggled a little bit with our structure. Since he came in we are very well structured.”

“It is football. It is not tennis when everyone can do whatever they want. Just because you have 11 or 18 individually good players does not mean it is going to work. For us, it was important to get someone in like Mikel that knows exactly what he wants from each player in each position.

“I think this is the way we can perform only when someone like him comes in and tells us exactly what he wants and stick to the plan. It does not matter against who we face, we play our game and I think that is the most important thing when you go out and you know exactly what you have to do.

“It makes everything a lot easier.”

Ancelotti, Allegri Can Be The Quick Fix Arsenal Needs – Lee...

Movitel – An evidence of Viettel's successful business model in Africa