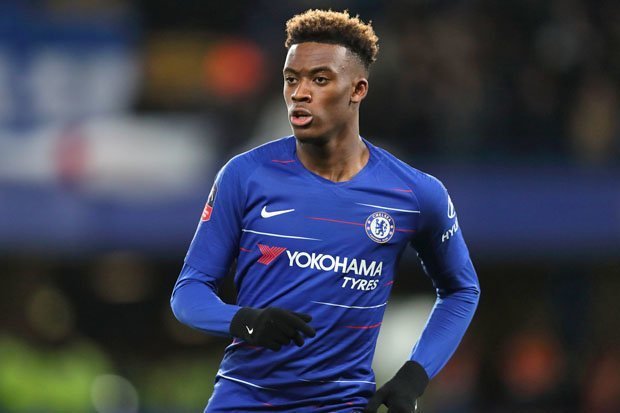 Hazard leaving Chelsea convinced Callum Hudson-Odoi to remain with the Blues, according to Antonio Rudiger.

Reports said Bundesliga champions, Bayern Munich were ready to spend big on the English international when his future was up in the air.

No deal was wrapped though, and Hudson went on to sign a lucrative new contract at Chelsea.

Speaking on it recently, Rudiger said the youngster realized his chances in the team will increase after the Belgian left.

His words, “Of course he asked me about Bayern Munich back then. I told him that it was of course a great club,”

“The fact that he chose Chelsea is only logical for me.

“The transfer ban and the departure of Eden Hazard, which we had been expecting for a long time, made it clear that Callum would get more appearances.”

On Chelsea vs Bayern Munich in the UCL in February, “Bayern have dominated the Bundesliga in recent years, this season it looks a little different – and that could also be our chance.

“Although we have had a year of upheaval this season, we have shown, for example in the UEFA Super Cup against Liverpool or at the end of November against Manchester City, that we can be on par with top teams.”

“For me Mauro Icardi, Harry Kane and Robert Lewandowski are the best No.9s in recent years,”

“Lewandowski seems to have got even better this season.

“I have great respect for him. It will be a difficult challenge to survive against him. We can only solve that problem through collective effort.”

Fundamental to the Needs of the Publishing Industry, PixelMags, Inc. Is...