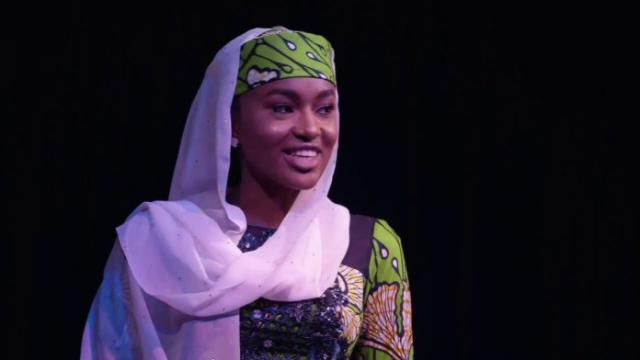 The Muslim Rights Concern (MURIC) has backed Hanan Buhari after she controversially used the presidential jet by saying it sends a very good message to Nigerian girl-child to shun laziness.

This was the group’s reaction to social media criticism of President Muhammadu Buhari for allowing such from his daughter on her way to Bauchi.

Reacting, Ishaq Akintola, the MURIC director, said nobody should castigate the president for that because it was not for a senseless outing or a private affair.

He added that Nigerians should stop ignoring the good things PMB has done, only to focus on what should be ignored.

His words, “President Buhari should not be guillotined for permitting her daughter’s use of the jet.

“After all, it was not for any frivolous jamboree like shopping in Dubai. We may want to ignore the excesses of past landlords of Aso Rock to justify PMB’s action,”

“Are we to assume that our system no longer recognises the traditional institution? If so, why do governors still appoint Emirs, Obis and Obas? If the law of the land still recognises traditional rulers, Hanan’s invitation to Bauchi cannot be rightly described as a private affair,”

“Besides, that function passed a strong message to Nigerian youths, especially the Nigerian girl-child. It poses a challenge to them to eschew laziness.

“More importantly, it underlines the significance and relevance of every aspect of human knowledge. This is a very important message wailers missed.”

“People are trying to draw the attention of Nigerians away from PMB’s monumental achievements simply because they were merely looking for the president’s faults.”

My Wife Is An Incredible Woman – BBNaija’s Mike